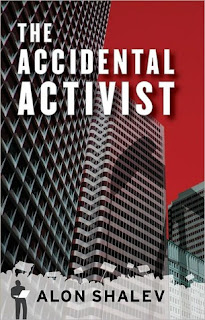 From Goodreads:
David meets Goliath in the law courts of England in the 1990's. The advent of the Internet is leveling the playing field as a multinational corporation tries to silence two young political activists in a riveting court case that captivates the political and business world's attention.

The company will try anything (sex, espionage, bribery and coercion) to stop or win this case. In fighting the corporation, a self-absorbed computer programmer discovers romance and a way to change the world one mega-pixel at a time.

My Review:
It was a bit weird reading this book, not because of the book itself, but it's setting Because it was based when the Internet was just in it's childhood, and I use it a lot, and then where it's going to where it is now, how I use it. So that was weird for me. But this is an excellent book!

I really was mad at the company, and at how unfair it was for the activists, and how I hope that the libel laws of England have changed since then, since they hopefully were really unfair, having to deal with complex law without an official lawyer there to advise you. They got lucky with the help of a pretty great lawyer, who was a teacher, so had a few classes of students to help with the case. But anyways.

I really liked all the problems, and issues, especially since this book has a pretty happy ending, that they survived, and they had various degrees of success. And I really loved that. Lots of fun, reading about the unfairness of the trial, and how they fought back, and how they responded to the threats. One really funny part where the company hired 2 investigating firms, and then one firms report involved a triad against one member of the group (about a private meeting of the activists) But the so called member was a spy from the other firm. Really funny!

This was a really great book, one that I really liked, so go and check it out! 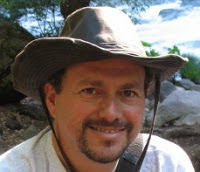 Bio:
Alon Shalev has been a political activist since his early teens and believes that fiction can help create a better world. Shalev strives through his writing to highlight social and political injustice and to inspire action for change. A consistent theme that runs through Shalev’s novels is his characters’ capacity to become empowered to help create a better and more just world.

His novels, the latest being The Accidental Activist, all highlight a social injustice and provides everyday characters who discover that they can help make a difference. Shalev writes regularly for the popular blog Left Coast Voices at http://www.leftcoastvoices.com/ and facilitates the Berkeley Writer’s Group.