Week 45 Reviews: The Forest of Hands and Teeth, The Dead-Tossed Waves, The Dark and Hollow Places 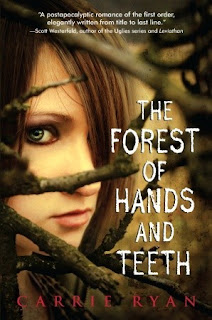 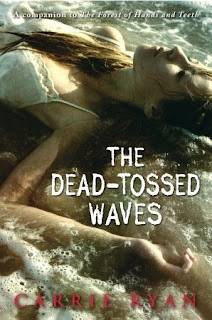 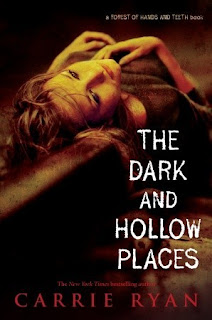 From Goodreads:
In Mary's world there are simple truths. The Sisterhood always knows best. The Guardians will protect and serve. The Unconsecrated will never relent. And you must always mind the fence that surrounds the village; the fence that protects the village from the Forest of Hands and Teeth. But, slowly, Mary’s truths are failing her. She’s learning things she never wanted to know about the Sisterhood and its secrets, and the Guardians and their power, and about the Unconsecrated and their relentlessness. When the fence is breached and her world is thrown into chaos, she must choose between her village and her future—between the one she loves and the one who loves her. And she must face the truth about the Forest of Hands and Teeth. Could there be life outside a world surrounded in so much death?


From Goodreads:
Gabry lives a quiet life. As safe a life as is possible in a town trapped between a forest and the ocean, in a world teeming with the dead, who constantly hunger for those still living. She’s content on her side of the Barrier, happy to let her friends dream of the Dark City up the coast while she watches from the top of her lighthouse. But there are threats the Barrier cannot hold back. Threats like the secrets Gabry’s mother thought she left behind when she escaped from the Sisterhood and the Forest of Hands and Teeth. Like the cult of religious zealots who worship the dead. Like the stranger from the forest who seems to know Gabry. And suddenly, everything is changing. One reckless moment, and half of Gabry’s generation is dead, the other half imprisoned. Now Gabry only knows one thing: she must face the forest of her mother’s past in order to save herself and the one she loves.

From Goodreads:
There are many things that Annah would like to forget: the look on her sister's face before Annah left her behind in the Forest of Hands and Teeth, her first glimpse of the Horde as they swarmed the Dark City, the sear of the barbed wire that would scar her for life. But most of all, Annah would like to forget the morning Elias left her for the Recruiters.

Annah's world stopped that day, and she's been waiting for Elias to come home ever since. Somehow, without him, her life doesn't feel much different than the dead that roam the wasted city around her. Until she meets Catcher, and everything feels alive again.

But Catcher has his own secrets. Dark, terrifying truths that link him to a past Annah has longed to forget, and to a future too deadly to consider. And now it's up to Annah: can she continue to live in a world covered in the blood of the living? Or is death the only escape from the Return's destruction?


My Review:
Such great books! Loved them! Just amazing!!! Loved the zombies, and the fear for your life thing in each book, and just everything! Really amazing! How humanity just holds out, and keeps going, in spite of all the bad things that keep happening! Great the hope is something that can still survive, even just a little bit, when not much else is.

A bit sad with all the death in these books, but there is hope, and there is love, and there is just a possibility for something good to happen, no matter how many bad things happen! And I really loved that! Just amazing!

I really loved all the different things that we learned as the series progressed, and they were really interesting! And the hope, and the struggles, even in the darkness, when there really shouldn't be hope, there was. Maybe just an ember, but it was there, hope that they could keep going, keep surviving. And I loved that!

These were such great books of darkness, love, and hope, and I really enjoyed them, so go check them out!

The Forest of Hands and Teeth:

The Dark and Hollow Places: