OK, so I got 21 posts in 7 days, which was a really fantastic week, read a number of awesome books! And there's some really great books coming up! I have kinda fallen behind, but hopefully I'll catch up quickly! What about you guys? Happy reading!

So this week I want to read Buzz Kill, Carry On, Fangirl, Leverage in Death, Night and Silence, Suffer a Sea-Change, Part of Your World, This is How it Happened, and A Willing Murder. 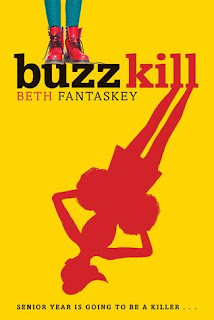 In this fresh and funny teen mystery, seventeen-year-old Millie joins forces with her classmate, gorgeous but mysterious Chase Albright, to try to find out who murdered Coach Killdare.

Putting the dead in deadline
To Bee or not to Bee? When the widely disliked Honeywell Stingers football coach is found murdered, 17-year-old Millie is determined to investigate. She is chasing a lead for the school newspaper - and looking to clear her father, the assistant coach, and prime suspect.

Millie's partner is gorgeous, smart-and keeping secrets
Millie joins forces with her mysterious classmate Chase who seems to want to help her even while covering up secrets of his own.

She's starting to get a reputation…without any of the benefits.
Drama-and bodies-pile up around Millie and she chases clues, snuggles Baxter the so-ugly-he's-adorable bassett hound, and storms out of the world's most awkward school dance/memorial mash-up. At least she gets to eat a lot of pie.

Best-selling author Beth Fantaskey's funny, fast-paced blend of Clueless and Nancy Drew is a suspenseful page-turner that is the best time a reader can have with buried weapons, chicken clocks, and a boy who only watches gloomy movies…but somehow makes Millie smile. Bee-lieve it.

Pair with Fantaskey's best-selling Jessica's Guide to Dating on the Dark Side. 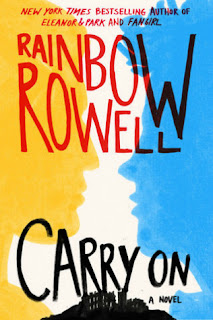 Simon Snow is the worst chosen one who's ever been chosen.

That's what his roommate, Baz, says. And Baz might be evil and a vampire and a complete git, but he's probably right.

Half the time, Simon can't even make his wand work, and the other half, he sets something on fire. His mentor's avoiding him, his girlfriend broke up with him, and there's a magic-eating monster running around wearing Simon's face. Baz would be having a field day with all this, if he were here—it's their last year at the Watford School of Magicks, and Simon's infuriating nemesis didn't even bother to show up.

Carry On is a ghost story, a love story, a mystery and a melodrama. It has just as much kissing and talking as you’d expect from a Rainbow Rowell story—but far, far more monsters. 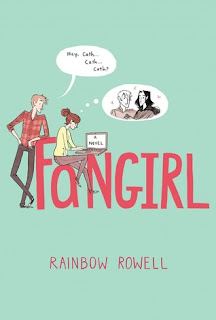 In Rainbow Rowell's Fangirl, Cath is a Simon Snow fan. Okay, the whole world is a Simon Snow fan, but for Cath, being a fan is her life—and she's really good at it. She and her twin sister, Wren, ensconced themselves in the Simon Snow series when they were just kids; it's what got them through their mother leaving.

Reading. Rereading. Hanging out in Simon Snow forums, writing Simon Snow fan fiction, dressing up like the characters for every movie premiere.

Cath's sister has mostly grown away from fandom, but Cath can't let go. She doesn't want to.

Now that they're going to college, Wren has told Cath she doesn't want to be roommates. Cath is on her own, completely outside of her comfort zone. She’s got a surly roommate with a charming, always-around boyfriend, a fiction-writing professor who thinks fan fiction is the end of the civilized world, a handsome classmate who only wants to talk about words . . . And she can't stop worrying about her dad, who’s loving and fragile and has never really been alone.

For Cath, the question is: Can she do this? Can she make it without Wren holding her hand? Is she ready to start living her own life? And does she even want to move on if it means leaving Simon Snow behind? 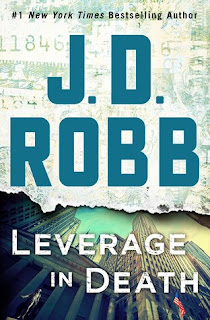 Lieutenant Eve Dallas puzzles over a bizarre suicide bombing in a Wall St. office building in the latest in the #1 New York Times bestselling series…

For the airline executives finalizing a merger that would make news in the business world, the nine a.m. meeting would be a major milestone. But after marketing VP Paul Rogan walked into the plush conference room, strapped with explosives, the headlines told of death and destruction instead. The NYPSD's Eve Dallas confirms that Rogan was cruelly coerced by two masked men holding his family hostage. His motive was saving his wife and daughter—but what was the motive of the masked men?

Despite the chaos and bad publicity, blowing up one meeting isn't going to put the brakes on the merger. All it's accomplished is shattering a lot of innocent lives. Now, with the help of her billionaire husband Roarke, Eve must untangle the reason for an inexplicable act of terror, look at suspects inside and outside both corporations, and determine whether the root of this crime lies in simple sabotage, or something far more complex and twisted. 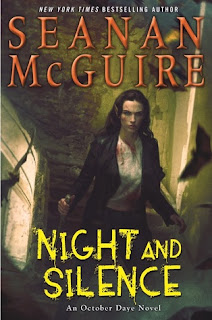 Things are not okay.

In the aftermath of Amandine's latest betrayal, October "Toby" Daye's fragile self-made family is on the verge of coming apart at the seams. Jazz can't sleep, Sylvester doesn't want to see her, and worst of all, Tybalt has withdrawn from her entirely, retreating into the Court of Cats as he tries to recover from his abduction. Toby is floundering, unable to help the people she loves most heal. She needs a distraction. She needs a quest.

Signs of Faerie's involvement are everywhere, and it's going to take all Toby's nerve and all her allies to get her through this web of old secrets, older hatreds, and new deceits. If she can't find Gillian before time runs out, her own child will pay the price. One question remains:

Who in Faerie remembered Gillian existed? And what do they stand to gain? No matter how this ends, Toby's life will never be the same. 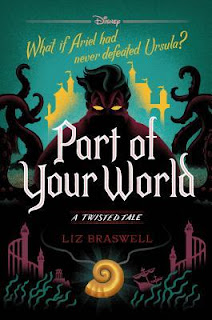 What if Ariel had never defeated Ursula? Five years after the (twisted) events of the film, Ariel is now the queen of Atlantica, and Ursula is running Eric's kingdom on land. But when the sea witch threatens Atlantica once more, Ariel finds herself returning to a world (and a prince) she thought she'd left behind forever. 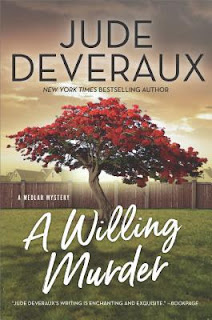 New York Times bestselling romance author Jude Deveraux makes her debut in the world of mystery with a story of old secrets, deadly grudges and an improbable group of friends who are determined to uncover the truth regardless of the consequences…

Then Sara's niece Kate is offered a job in Lachlan—a start in what could be a very successful career in real estate. She accepts immediately, but with so little saved up, she'll have to approach her estranged yet incredibly famous aunt for a place to stay while she gets herself settled. But when she arrives at Sara's home, she finds she's not the only long-term houseguest. Jackson Wyatt already has his own room, and though it's impossible to deny his good looks and charm—he's clearly got her aunt wrapped around his finger—she's also never met anyone who irritates her quite like Jack does.

However, when two skeletons are accidentally uncovered in the quiet town, this unlikely trio is suddenly thrust together by a common goal: to solve a mystery everyone else seems eager to keep under wraps. United by a sense of justice and the desire to right old wrongs, Sara, Kate and Jack will have to dig into Lachlan's murky past to unravel the small town’s dark secrets and work to bring the awful truth to light.
Posted by Louisa @ Words I Write Crazy at 6:00 AM