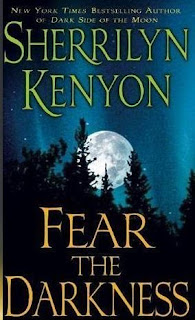 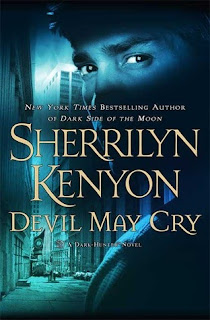 From Goodreads:
This is a special thank you to readers for all the great years. It’s a small story about Nick’s homecoming to New Orleans after his mother’s death and after Katrina.

From Goodreads:
As an ancient Sumerian god, Sin was one of the most powerful among his pantheon.  . . Until the night Artemis brutally stole his godhood and left him for dead. For millennia, this ex-god turned Dark-Hunter has dreamed only of regaining his powers and seeking revenge on Artemis. If only life were that simple.

Unfortunately he has bigger fish--or in Sin's case--demons, to fry. The lethal gallu that were buried by his pantheon are now stirring and they are hungry for human flesh. Their goal is to destroy mankind and anyone else who gets in their way.  Sin is the only one who can stop them--that is if a certain woman doesn't kill him first. Unfortunately, Sin discovers that now he must rely on her or witness an annihilation of biblical proportions.

Enemies have always made strange bedfellows, but never more so than when the fate of the world hangs in the balance. Now a man who knows only betrayal must trust the one person most likely to hand him to the demons. Artemis may have stolen his godhood, but this one has stolen his heart. The only question is will she keep it or feed it to the ones who want him dead?

My Review:
These were just so great! We get a quick check in with Nick, and the plotting going around there, and then we have Kat and Sin's story, which is just so great, because it's going to result in Mia, Artemis and Ash's first grandchild!

So the fact that Kat is Ash's daughter, that I remembered. That Sin hated Artemis's guts, and was serving with the Dark-Hunters, seeing as Artemis-through Kat-took his godhood. So when he does some things that from the outside, are crimes, well, that gets Kat sent after him again! And hilarity and seduction ensues!

And when Ash finds out about Kat, that was a pretty bittersweet moment. Because of all that lost time, and that she's been in Artemis' temple at the same time as him, a few times, and he never knew. And just because Artemis said "a baby" instead of "our baby" well, that was a mistake! But he knows about her now!

I just loved reading both of these so much, they were really great, now to reread more!