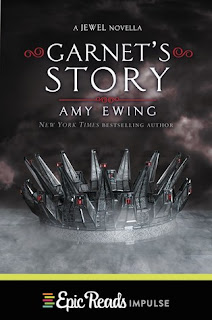 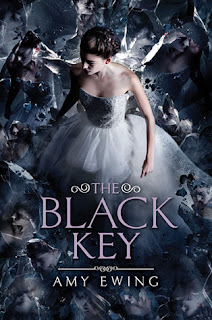 From Goodreads:
In The Jewel and The White Rose, we follow Violet in her servitude under the Duchess of the Lake. Now we'll hear the Duchess's son, Garnet's, story in this digital novella—a companion story to the New York Times bestselling Lone City trilogy.

Garnet, the son of the Duchess of the Lake, has always been a spoiled playboy. But now, for the first time, Garnet is beginning to realize the horrors that his family, and the ruling community, have perpetrated. And he just may be ready to do something about it.

From Goodreads:
The thrilling conclusion to the New York Times bestselling Lone City trilogy, which began with The Jewel, a book BCCB said "will have fans of Oliver's Delirium, Cass's The Selection, and DeStefano's Wither breathless."

My Review:
I loved reading these books! I've loved this series from the beginning, and while I was sad to say goodbye to these characters and this world, boy, did they go out with a bang! I loved seeing how they got rid of the oppressing royals!

Garnet's Story was awesome! First, it gave us a look at what things were like for him. How he starting working with Lucien. And how he got engaged to Coral. It was fascinating stuff, and I really enjoyed reading it!

The Black Key picked up not too long after White Rose. We got their plan for taking down the royals-which was pretty epic! Of course, with Hazel in the crossfires, Violet has to go help her! Which was great to read, even when it meant that Violet and Ash weren't together for most of this book!

This is the book where things came together! Like, why the Duchess had her first engagement broken off. It explains her motivations, but it doesn't excuse her actions! There was also the threat against Hazel, and discovering who was behind it, because it was shocking!

Loved this series, the ending was just awesome, and it almost feels like we could have something spun off of it with exploring the world outside the island!