Week 47 Reviews: So Close the Hand of Death, Blood Sugar Baby, Where All the Dead Lie, Whiteout 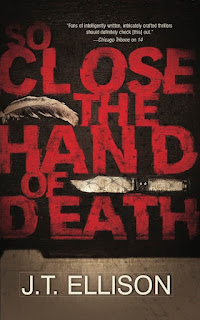 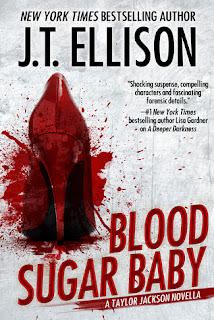 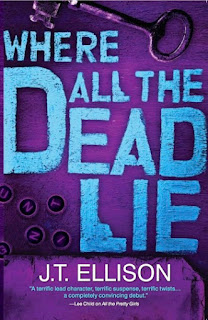 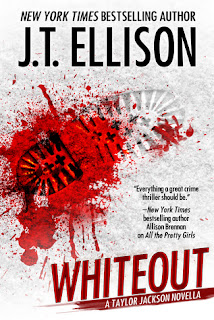 From Goodreads:
There's a new killer in town. And it's up to Taylor Jackson to stop him before he murders more of Nashville's elite.

Metro Nashville Homicide Lieutenant Taylor Jackson is none too happy when the body of a high-profile Nashvillian turns up after a protest. But when her detectives find another body with the same, mysterious wounds, it's clear she has a psychopath on her hands—and records show he's been on the move, leaving chaos in his wake. Will this killer slip through Taylor's grasp, as he has slipped through grasps of so many, for so long?

From Goodreads:
In her showdown with the murderous Pretender, a bullet taken at close range severed the connection between Taylor's thoughts and speech. Effectively mute, there's no telling if her voice will ever come back. Trapped in silence, she is surrounded by ghosts — of the past, of friendships and trusts lost — of the specter of a lost faith in herself and her motives that night.

When Memphis Highsmythe offers Taylor his home in the Scottish highlands to recuperate, her fiancé John Baldwin can't refuse her excitement, no matter his distrust of the man. At first, Memphis's drafty and singularly romantic castle seems the perfect place for healing. But shortly the house itself surrounds her like a menacing presence. As Taylor's sense of isolation and vulnerability grows, so, too, does her grip on reality.

From Goodreads:
Join Nashville Homicide Lieutenant Taylor Jackson as she races to find a deadly assassin who's seemingly blended in with the blizzard.

Metro Nashville Homicide Lieutenant Taylor Jackson has reluctantly agreed to take the place of her fiancé, FBI profiler John Baldwin, as a presenter at the annual Freedom Conference, a foreign intelligence initiative attended by the best in the business of "clandestine services." Then a blizzard effectively isolates their hotel on Chesapeake Bay: no power, no generators, and no possibility of outside help. When two guests go missing, and one of them is found dead in his room, Taylor discovers an assassin amongst the spies—one with a deadly score to settle.

My first review of So Close the Hand of Death, Where All the Dead Lie
My Review:
I loved reading these books! I've read the full length novels before, but the novella's they were new. And plus with my memory, it was hard to remember what happened, besides Memphis's wife being alive! Yeah.

A lot happened in these books. Taylor faced off with The Pretender, and took him down, but at a cost. And she healed in Scotland-after some pretty harrowing mental and physiological events! I loved reading as she was on this journey!

I loved the short stories (I'm doing a separate review for Slices of Night) because they gave us more of a look into this world, and seeing Taylor after the events of Where All the Dead Lie, that she was healed, and yeah, I really enjoyed reading it!

Yeah, this series is fantastic, and yeah, I can't wait to read the Sam Owens series again!

Where All the Dead Lie: