Week 48 Review: Be Still My Vampire Heart, The Undead Next Door 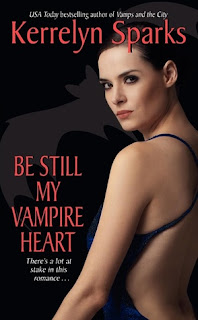 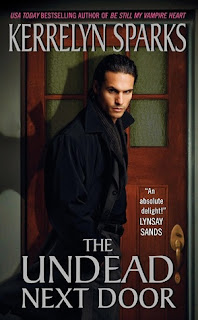 From Goodreads:
If it was still beating. Angus MacKay has been undead for almost five hundred years and it's not often something, or someone, surprises him. Until Emma Wallace. The sight of this luscious agent from the CIA's elite Stake-Out team was enough to stop Angus in his tracks. But then he discovers that she's a vampire slayer, intent on killing the "monsters" who killed her parents. And it's Angus's job to stop her.

The only good vampire is a dead vampire. It's been Emma's motto since she committed her life to the destruction of these things. Now Angus MacKay wants to convince her differently.

Sure, he's a sexy Highland warrior who seems to have stepped off the cover of a romance novel, complete with brogue, kilt, and sword, but he's also one of them. And it's her job to kill him.


The war is on, but will it end in the destruction of one or both of them . . . or in total surrender to a passion for the ages?

From Goodreads:
Three signs that something is very different with your new man:

1. He sleeps all day . . . which would be annoying except he's so attentive at night.

2. He's attacked by sword-wielding assailants, yet insists he can handle it on his own.

Heather Westfield has always lived a quiet life, but that all changes when she helps a very handsome, very mysterious stranger. There's something not quite right about Jean-Luc, but still, she's never been with a man so charming, so attractive . . . so wonderful. Now if only a murderous villain wasn't after them, they might get their happily-ever-after.

My Review:
It was just great to read these books! I did take a while to get around to reading them, and I don't know why, because I enjoyed them so much! The Undead Next Door is now tied with How to Marry a Millionaire Vampire as my favourite book in the series! I just loved it!

Vampire Heart was closer to the series plotline than Undead Next Door, with the threat from Casmir's right hand, vs. an assassin employed by Casmir. Which would make you think that Vampire Heart would be more of my favourite but Undead Next Door was more hilarious-making her ex think he was a cockroach, several times, which was absolutely hilarious!

I enjoyed both of these couples! Angus and Emma were both in this world, so there wasn't that hurtle, but they were kinda on opposite sides which was kinda a bigger one! And yeah, it was really great to watch both pairs draw closer and closer together!

One thing that I really loved, was that the characters from the previous books were in these two, and the updates that they gave! Like Shanna and Roman's son, and his peculiarities that were more pronounced as he grew up! Loved that! And seeing Darcy and Austin again was awesome!

These books were really fantastic, and I can't wait to read more of this series!

Be Still My Vampire Heart:

The Undead Next Door: