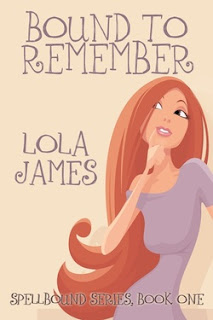 From Goodreads:
Vampires and Witches and Myths, oh my!

Dr. Toni Hollander is a resident ER Doctor. She happens to be the brightest star in the hospital that is until the new nurse shows up.

Nurse Ben Slaton is trying to escape his recent heroism and the fame of being Nurse Hero, when Ben finds himself in Toni's ER, he can't believe his eyes; Toni has an uncanny resemblance to an old friend of his. When they are paired up for his orientation, Toni find's she can’t take her eyes off Ben either, he's just too irresistible.

An unexpected kiss between Toni and Ben heats up but fizzles when Ben's secret is revealed… yep he’s a vampire.

Ben insists that Toni is in danger knowing what he is and in order to keep herself safe she in list the help of her best friend, a self-proclaimed witch named of Annie. Annie is eager to help but she has a little more than magic up her sleeve…

My Review:
Man, was this a fantastic read! Amazing characters, and writing that is just incredible, and a wonderful plot that has everything that anyone could want, discovery of the paranormal world, romance, conflict in romance, betrayal, and a shocking secret! And star-crossed lovers, with an ending, well, I want to read the next book now!

Being introduced to this world, in one word, is amazing. I know there's a lot of supernatural worlds out in the books being published every day, but what makes this one special, is the characters, from Ben, Nurse Hero, to Tori, who takes things in quite well, to the shock of the cliffhanger ending, that is what makes this book spectacular!

Plot wise, this book was pretty darn spectacular, to the betrayals, and the revelations, and the discoveries, and all that, having characters to hate, like Kevin, to characters to love, like Ben and Tori, that just lead to a really great book!

I absolutely loved this book, it was just fantastic, so you guys should really check it out! 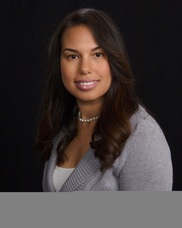 Bio:
Lola James has been reading romance novels since her teens, and fell in love with the paranormal after discovering Anne Rice's Vampire Chronicles. Her love of the dark worlds of vampires and witches, as well as her fascination with Greek mythology led her to create the Spellbound Series, an ongoing Paranormal Romance combining all of the above into tales of suspense with a little bit of humor in an Urban Fantasy setting.

A long time lover of reading and writing with a passion for a great story, James became discouraged by the complicated and arbitrary publishing process, James had initially set down her laptop and her hopes of being a writer. However, with the purchase of her first e-reader, James became re-energized by the new possibilities for an undiscovered author to reach the masses. Dusting off her keyboard she finally finished Bound to Remember, the first book of the Spellbound Series and self-published it. Energized and ambitious, James is now hard at work on both the Spellbound Series as well as the Fate Series, a paranormal romance about dreams and what happens if they come true.

Living in Southern California with her husband and three beautiful children, James finds time to write in between her full-time job as a mother and wife as well as her other full-time job as an HR manager, as well as her academic schedule as she studies for her Master's degree which she hopes to complete in 2013. With the success of Bound to Remember, James hopes to continue to reach an audience that will allow her to leave her HR job and focus on her writing as a full time career. 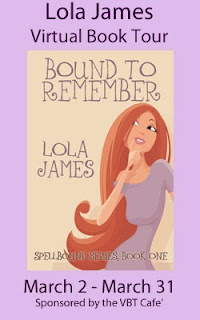