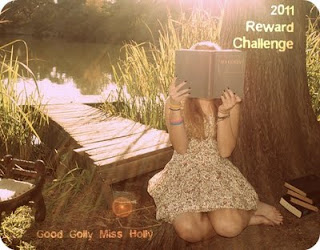 Tattoo also had 2 other counts, as a NetGalley book and a A-Z Book challenge book!

Now for the quarterly annual count of my e-books read for my 2012 E-Book challenge are Untraceable, On a Dark Wing, Pure, The Demon Lover, Crave, Saving June, The Merchant's Daughter, Hide From Evil, The Undertaker, New Girl, The Whole Story of Half a Girl, First Date, Ditched, Never Eighteen, Halflings, Prophecy of the Flame, Destiny's Fire, Lies Beneath, Welcome, Caller, This Is Chloe, After the Snow, A Little Night Magic, Life is But a Dream, Various Positions, The Night She Disappeared, Double, me@you.com, Embrace, Legacy, Allegiance, All Fall Down, Replication, Enduring Light, Alienation, Stolen Away, The Darlings in Love, Daughter of the Centaurs, The Guardian Duke, Wanderlove, Katana, Goddess Interrupted, Crater Lake, Caller ID, Beautiful Dead, Life Eternal, The Twisted Thread, The Burn, The Unseen, Candlewax, Spellcaster, Gods and Fathers, Cinder, Earth, The Legacy of Eden, Farsighted, The Guardian's Wildchild, Finding Alice, Lord of the Abyss, Need You Now, Grave Mercy, Lord of the Wolfyn, I'd Tell You I Love You, But Then I'd Have to Kill You, Brutal, Perfection, Spell Checked, Helens of Troy, Stuck, Of Poseidon, The Girl in the Clockwork Collar, Queen of Swords, Immortal Becoming, The Canker Death, The Emerald City, Gil Marsh, Flame of Surrender, Sugar and Spice and Not So Nice, Bound to Remember. So I have 8 counts for round 37. My rewards are The Nightmare Garden and North of Beautiful.
Posted by Louisa @ Words I Write Crazy at 6:00 AM