Sugar and Spice and Not So Nice: Review 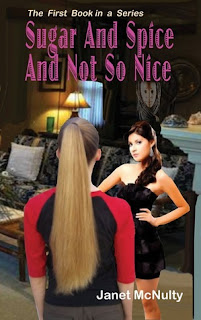 From Goodreads:
Mellow Summers just wanted to go to college and get her film degree. She moved into a furnished apartment with her friend Jackie only to find that it already had a tenant: the ghost of a girl who was murdered a year earlier. Now it is up to Mellow to not only discover who the murderer is, but to prove it as well.

With the help of the ghost Rachel, Mellow sets out to solve the year old mystery. She soon finds out that she may have taken on more than she can handle. Pursued by someone who wants the identity of the killer to remain a secret, Mellow will have to use all her resources to outwit him and help the spirit of Rachel move on.

My Review:
I enjoyed this book a lot! I liked the paranormal aspect, the mystery, and yeah, these characters and this world! Yeah, this was a really good, enjoyable book, though it's self-published status stood out a bit.

Like in the cover. The cover is more for a YA version, and seems like the elements just came together a bit weirdly. Yeah, the models on the cover, they seem younger then college aged. So yeah, I didn't agree with the cover.

Yeah, Rachel was a really awesome person to get to know, and seeing as it's the first book in a series, that we might be able to see her some more! And I liked that, I enjoyed getting to know her, who while the cover makes her look a bit like a mean girl, she wasn't really!

I enjoyed this book a lot, and I think I'll have to check out more! 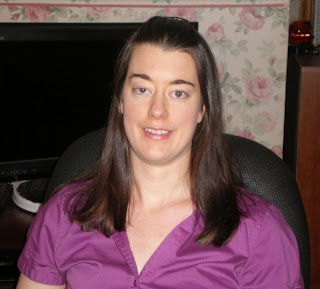 Bio:
I live in West Virginia and began construction on Legends Lost Amborese ten years ago while in high school. At the time it was merely a few pages of notes in a notebook. I continued working on the story of Amborese while in college in the hope of publishing it. That day came in August 2011 when the book was first printed.

I keep myself busy writing the second novel in the Legends Lost trilogy. And I have three cats to keep me on task.

I have also published in the area of nonfiction Illogical Nonsense. I had never planned on writing nonfiction, but when I had the chance to write a political commentary book, I took it. I enjoyed it and hope that it is insightful to any who read it.

Besides writing I also read, hike, and crochet. Every once in awhile a girl needs a break and these are great past times. 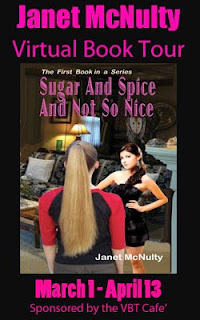