Today, I'd like to welcome over James R. Bottino, author of The Canker Death, for a guest post!

Confessions of a Compulsive Writer

For as long as I can remember, I've always wanted to be a writer, and the fact of the matter is that I'm always writing.  At almost any free moment, I am composing and creating some sort of story or scene or character or plot in my head.  If I'm listening to music, which is pretty often, I compose scenes in my head that flow with the passion of the songs.  While I'm listening, I don't know how these scenes will work into a larger story, but I know they must be a part, somehow.  Sometimes I feel like I write stories to connect the scenes in my mind into something coherent.  I honestly do not remember any time in my life when I was not this way.  I find that some of the ideas I think about I end up dropping pretty quickly as being “too out there and not feasible,” but most others I latch onto for one reason or another.  These ideas continue to grow and mature until I have a chance to write things down, once it's all been sorted in my mind.  This is how it usually happens.  Sometimes, though, I get some inspiration that makes me stop in the midst of whatever I'm doing to write down the idea.  I'll be in the middle of a long bike ride and suddenly something occurs to me, and I have to pull off the path and frantically scribble my thoughts on a notepad.  Or, sometimes, I'll awaken from a dream and know the answer to some plot point or theme or character or whatever.  Sometimes the events of a dream spark the inspiration for an entirely new story.  Then too, I'm immediately up and writing.  As for how long I've been writing, I guess it's been since about the age of thirteen or so; that's probably the first time I ever wrote out some scene I'd been kicking around, though I composed without writing when I was much younger than that.  I was fifteen when I first showed anyone what I'd written (a girl I liked), and it wasn't until I was eighteen that I ever submitted anything for publication.  The work I submitted was a comedic short story titled “Beauty, eh?” which was extraordinarily silly, and was published in a local magazine.  After my battle with cancer, though, is when I decided to take writing seriously and to dedicate myself to the long hard hours it takes to write anything, really, but most especially novels. 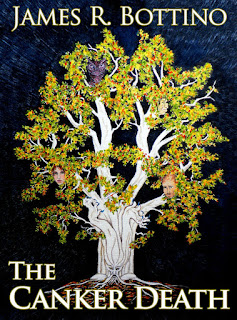 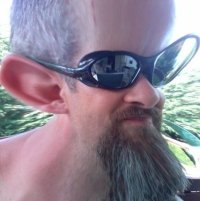 
Interview at Pump Up Your Book


Spotlight at The Plot


Character Interview at The Plot


Interview at Beyond the Books


Interview at The Writer’s Life


Interview at The Examiner


Interview at The Hot Author Report


Review at The Hot Author Report


Review at Words I Write Crazy


Review at Working for the Mandroid
Posted by Louisa @ Words I Write Crazy at 12:00 AM