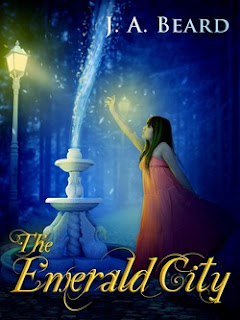 From Goodreads:
In this loose re-imagining of the Wizard of Oz, Kansas teen Gail Dorjee has tried to escape from the pain of her parents' death by retreating into a hard shell of anger and sarcasm.

When her aunt and uncle ship her off to an elite Seattle boarding school, Osland Academy, she spends her first day making enemies, including the school's most powerful clique, the Winged, and their leader, the ruthless Diana.

Social war and the school's uptight teachers are only mild annoyances. Mysterious phone outages, bizarre behavioral blocks, and strange incidents suggest Osland is focused on something much more sinister than education.

Now Gail has to survive at Osland with a pretty pathetic assortment of potential allies: her airhead roommate, a cowardly victim of the Winged, and Diana's cold but handsome boyfriend, Nick.

My Review:
I enjoyed this. I'm pretty sure that I haven't seen The Wizard of Oz, but bits of it are in pop culture so much, that I could pretty much identity the bits of this story that were based off of that, so yeah, that was fun for me to do!

I also like their powers, and this world, and how they all came together, I enjoyed how it was built, and I enjoyed reading about it, so that part of the book was really well done! That's a main reason why I want to read more!

I enjoyed this book a lot, it was entertaining and great! 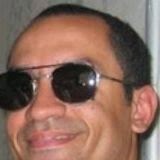 Bio:
J.A. Beard is a restless soul married to an equally restless soul. His two children are too young yet to discuss whether or not they are restless souls. When he hasn't been writing, studying history, or making excuses for not writing, he's tried his hand at several careers including intelligence analysis, programming, and research science. Though he likes to declare himself the Pie Master, he's yet to prove his worth in the brutal baking show-downs of Celebration, Florida. 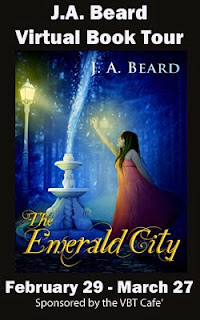