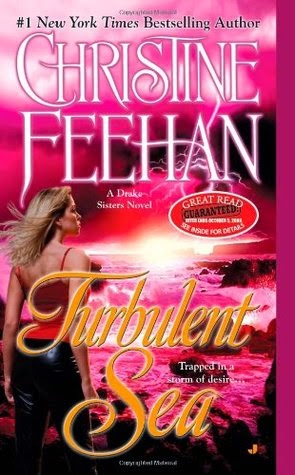 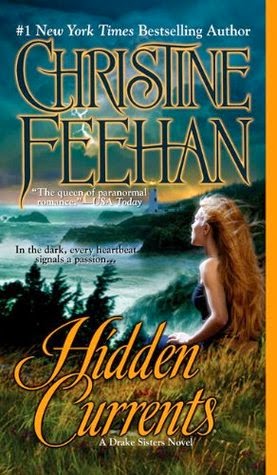 From Goodreads:
The star: Joley Drake was born with a legacy of unexpected magical gifts, but it was the gift of singing that made her an overnight sensation—a rock and roll goddess trapped by fame, fortune, and ambition. Heated by the flush of success, Joley could have any man she wanted. But there's only man who can give her what she really needs.


The bodyguard: Ilya Prakenskii, cool, inscrutable, dangerously sexy, and working in the shadow of his infamous reputation—that of a secret Russian hit man on the payroll of a notorious mobster. He's the last man Joley should get close to, yet when her life is threatened on tour she has nowhere left to turn. But in the seductive safe keep of Ilya's embrace, is Joley really as secure as she imagines...

From Goodreads:
From afar, Sheriff Jackson Deveau has always loved Elle Drake, the youngest telepath of seven sisters. After a long time away she's finally returning home to the small coastal village of Sea Haven. But someone has been following Elle, someone who doesn't want her to make it back. And when Elle fails to arrive, her disappearance strikes fear in the hearts of everyone who loves her. Now it's left to Jackson to uncover the mystery of Elle's vanishing, and rescue her from an unseen danger. But Sea Haven is no longer safe for anyone, and it'll take the powers of all the Drake sisters and their men to survive the coming storm.

My Review:
I loved these books! Turbulent Sea was the only one, now, that I hadn't read in the series (because Hidden Currents was the first book I read of the series, way back before I was blogging, and yeah, it was just great to now have read the whole series!

Turbulent Sea is the book that is furthest from the rest of the series. The only time spent in Sea Haven is at the end, in the Drake House, and her sisters are hardly in it, she talks to them on the phone, and then she spends some time with them when they come to a concert to protect her. And how Ilya is the 7th son of a 7th son, which means he's the masculine version of Elle, which means no birth protection works on him, which was the thing that he knew that she didn't!

Hidden Currents was the easiest book for me to read. Literately, the font was a touch bigger, making it easier on my eyes, and faster to read. The content, that was hard to read, but it just flew by because of the size. If it'd been bigger in all the books, then I think I would've read them faster, too.

Hidden Currents did a lot of things. It expanded what they knew they could do with their powers, because of what he did, making traps that looked for psychic energy, and when it was found, fed on it to create a trap with nature. And the plotlines from previous books wrap up, like the Reverend RJ dies, which is great! Just desserts! And all the Drakes who hadn't married, do so, after Elle and Jackson, and that was just great! And how when the wind was going around at the end of the book, Abbey and Sasha were in the hot tub, like they were once in their book,, and Libby and Ty were against the wall like they were in their book!

Really enjoyed these books, and how the plot line of the bodyguard, Ilya's brother, is going to continue on in Water Bound, which I can't wait to read!