Week 34 Review: Sleep With the Lights On 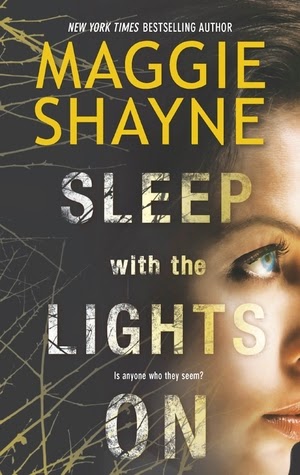 From Goodreads:
Through the eyes of a killer

Rachel de Luca has found incredible success writing self-help books. But her own blindness and the fact that her troubled brother has gone missing have convinced her that positive thinking is nothing but bull. Her cynicism wavers when a cornea transplant restores her sight. The new eyes seem to give her new life, until they prove too good to be true and she starts seeing terrifying visions of brutal murders crimes she soon learns are all too real.

Detective Mason Brown's own brother recently died, leaving behind a horrific secret. In atonement, Mason donated his brother's organs, though he's kept the fact quiet. Now he wants to help Rachel find her brother, but when he discovers the shocking connection between her visions and his own brother, he suddenly has to do everything in his power to save her from a predator who is somehow still hunting from beyond the grave.

My Review:
Oh, my, this was such an incredible book! And it starts off, we know that it's his brother that 's the killer. And I thought that we'd be working with that the whole time. But then we weren't because his brother kills himself-but not killing his body, which they keep alive to become an organ donor.

Rachel was a pretty amazing character. She's led a hard life then most people, she's been blind for over 20 years, and now she's getting her eyesight back, just as she's trying to rouse interest in the case of her missing brother. And she's a best selling author of self help books with a philosophy that she doesn't believe in, and thinks people who do believe, are stupid. And she has something of a mouth on her, not the usual swear and cuss words, but word attitude, sarcasm, biting comments.

There was a bit of a mystery into the whole murder thing, and how all the donor recipients are connected, and that's why Rachel is getting visions of the kidnappings, and murders, and dreams of the past ones. Because there's a paranormal aspect in these books!

The way that it ended, with them saying that they had to take a break, that she has to figure out who she is as a sighted adult, and he has to deal with the fact he covered up that his brother was a serial killer, and has to support his family, which means a end to the one night stand that they had for romance. But there's going to be more books, so that's not going to stay the same, I think!