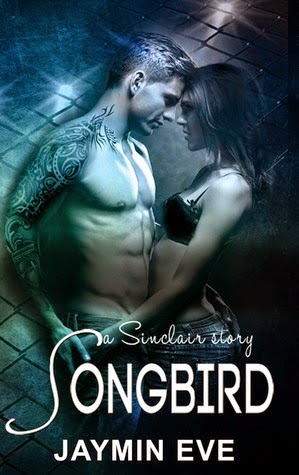 From Goodreads:
It took many years but finally Melodee Lee is in control of her life. The twenty-three year old trusts no one, and spends her time nomadically wandering with the underground cage fighting scene. Her innocent looks are an asset and she utilizes them to their fullest extent. Fighting is how she makes her money and she’s damn good at it. Yeah, sometimes she’s lonely, but her set-up guarantees no one screws with her and she doesn’t have to think about the ten ways she knows how to kill a man. Of course, that was before she met the Sinclairs.

My Review:
This was a really entertaining book, if my e-book copy only 160 so pages. It sure packed a lot in those pages, though, so I'm happy! Like, introducing Melodee and Nathan, and their worlds, and the baby who they name Jewel. Just great!

This book was pretty awesome! Entertaining, and I really enjoyed their interactions, because they're new adults, no matter what life's thrown at them, the two of them having this attraction to each other, and then add to that, an orphan baby that they adopt? Complicated doesn't cover it.

Yeah, Melodee's had it pretty rough. She was born because her parents were assassins, and they needed a kid to complete the family picture. Then they were killed by another biassing who wanted the job they were currently on. Which led to Melodee being taken in by the foster system. So she's not actually the most trusting of people.

And then there's the twist, and a pretty important part, because family is important, even if it's estranged family, be it Nathan's parents with his brothers and himself, or Melodee with her only surviving family, besides the new one that she makes with Nathan and Jewel.

Yeah, this was a really great book, and I can't wait to read about his brothers! 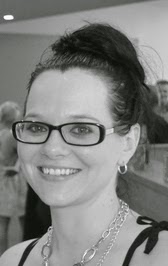 Bio:
Jaymin Eve is a 29 year old with a passion for reading, writing and arithmetic ... okay maybe not the last one but definitely the first two.

Living on the beautiful Gold Coast, in Australia, the family loves spending lots of time on the beach. And travelling as frequently as possible.

When Jaymin isn't trying to wrangle two daughters, a puppy and her husband, you will find her hiding in a corner trying desperately to write her stories (without little fingers pressing random keys). She asks forgiveness if you notice the occasional sskkkkssjs appearing in her book, her children are proud of their contribution.