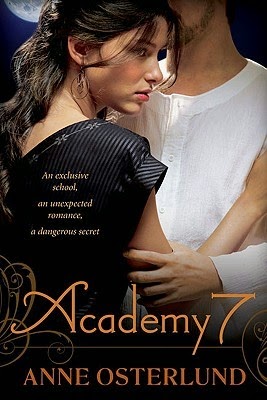 From Goodreads:
With a past too terrible to speak of, and a bleak, lonely future ahead of her, Aerin Renning is shocked to find she has earned a place at the most exclusive school in the universe. Aerin excels at Academy 7 in all but debate, where Dane Madousin, son of one of the most powerful men in the Alliance, consistently out talks her. Fortunately Aerin consistently outwits him at sparring. They are at the top of their class until Dane jeopardizes everything and Aerin is unintentionally dragged down with him. When the pair is given a joint punishment, an unexpected friendship-and romance-begins to form. But Dane and Aerin both harbor dangerous secrets, and the two are linked in ways neither of them could ever have imagined. . .

Why the time hasn't come yet...
I dunno! It sounds good! I guess I'll try to read it sooner now!
Posted by Louisa @ Words I Write Crazy at 6:00 AM