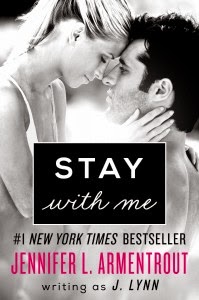 Stay With Me by Jennifer L. Armentrout or J. Lynn
Expected Publication: September 23rd, 2014
From Goodreads:
At 21, Calla hasn’t done a lot of things. She’s never been kissed, never seen the ocean, never gone to an amusement park. But growing up, she witnessed some things no child ever should. She still carries the physical and emotional scars of living with a strung-out mother, Mona—secrets she keeps from everyone, including her close circle of college friends.

But the safe cocoon Calla has carefully built is shattered when she discovers her mom has stolen her college money and run up a huge credit card debt in her name. Now, Calla has to go back to the small town she thought she'd left behind and clean up her mom’s mess again. Of course, when she arrives at her mother’s bar, Mona is nowhere to be found. Instead, six feet of hotness named Jackson James is pouring drinks and keeping the place humming.

Sexy and intense, Jax is in Calla’s business from the moment they meet, giving her a job and helping her search for Mona. And the way he looks at her makes it clear he wants to get horizontal . . . and maybe something more. Before Calla can let him get close, though, she’s got to deal with the pain of the past—and some very bad guys out to mess her up if she doesn’t give them her mom. 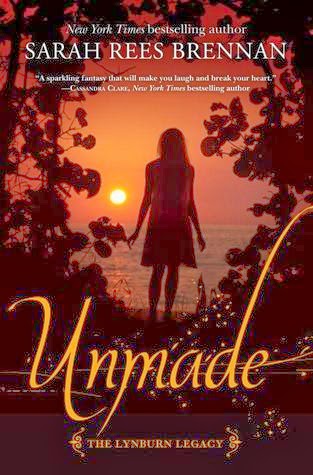 Unmade by Sarah Rees Brennan
Expected Publication: September 23rd, 2014
From Goodreads:
Who will be the sacrifice?

Rob Lynburn is now the master of Sorry-in-the-Vale, and he demands a death. Kami will use every tool at her disposal to stop him. Together with Rusty, Angela, and Holly, she uncovers a secret that might be the key to saving the town. But with knowledge comes responsibility—and a painful choice. A choice that will risk not only Kami’s life, but also the lives of those she loves most. 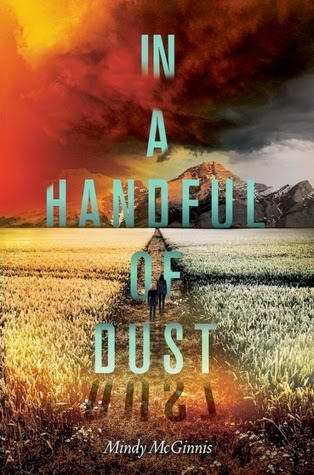 In a Handful of Dust by Mindy McGinnis
Expected Publication: September 23rd, 2014
From Goodreads:
The only thing bigger than the world is fear.

Lucy’s life by the pond has always been full. She has water and friends, laughter and the love of her adoptive mother, Lynn, who has made sure that Lucy’s childhood was very different from her own. Yet it seems Lucy’s future is settled already—a house, a man, children, and a water source—and anything beyond their life by the pond is beyond reach.

When disease burns through their community, the once life-saving water of the pond might be the source of what’s killing them now. Rumors of desalinization plants in California have lingered in Lynn’s mind, and the prospect of a “normal” life for Lucy sets the two of them on an epic journey west to face new dangers: hunger, mountains, deserts, betrayal, and the perils of a world so vast that Lucy fears she could be lost forever, only to disappear in a handful of dust.

In this companion to Not a Drop to Drink, Mindy McGinnis thrillingly combines the heart-swelling hope of a journey, the challenges of establishing your own place in the world, and the gripping physical danger of nature in a futuristic frontier. 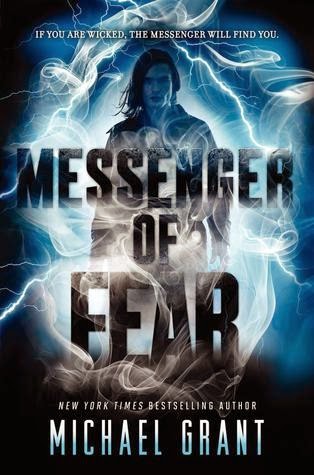 Messenger of Fear by Michael Grant
Expected Publication: September 23rd, 2014
From Goodreads:
Mara wakes in a field of dead grass, a heavy mist pressing down on her. She is terrified, afraid that she is dead. Then a beautiful young man dressed in black appears. He calls himself Messenger of Fear.

This boy is able to move effortlessly through space and time. He also sees the darkness in human hearts. He sees the evils done: the destructive lies, the cruelty, the bullying, the violence. And if the world does not bring justice to those who do evil, he will. He offers the wicked a game. If they win, they go free. If they lose, they will live their greatest fear. Either way, their sanity will be challenged.

It is a world of fair but harsh justice. Of retribution and redemption. And mystery. Why was Mara chosen to be the Messenger’s apprentice? What has she done to deserve this terrible fate? She won’t find out until three of the wicked receive justice. And when she does, she will be shattered. 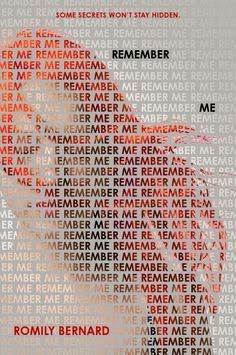 Remember Me by Romily Bernard
Expected Publication: September 23rd, 2014
From Goodreads:
In the sequel to Find Me, Wick Tate, sarcastic teen hacker, is back and once again dealing with criminals and corrupt cops…and a brooding new love interest. Will Wick persevere when some secrets refuse to stay hidden?

Wick had thought her troubles were over.

But she should’ve known better.

Not only is she embroiled in a new murder case, which starts with a body with “Remember Me” carved into it and doesn’t stop there, but she also discovers new evidence surrounding her mother’s suicide…which leads her right back to her imprisoned deadbeat dad. And she has to deal with her flirty new hacker friend, Milo, sniffing around—which her boyfriend, Griff, isn’t too happy about.

The pressure might be too much as secrets—including Wick’s own—climb to the surface.

Oh, I really want Stay With Me and Unmade!!! And the others! What about you guys? Happy reading!
Posted by Louisa @ Words I Write Crazy at 6:00 AM