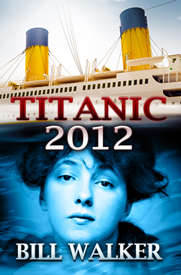 From Goodreads:
Best-selling mystery novelist Trevor Hughes has no idea that attending his twentieth reunion at Harvard will forever change his life.

Persuaded to go by his on-again-off-again girlfriend, Dr. Julia Magnusson, he meets up with three old friends: Solly Rubens, a self-made Wall Street millionaire; Ken Faust, a successful software entrepreneur; and Harlan Astor, New York real estate tycoon and the glue that holds their circle together.

That afternoon, over drinks at the Harvard Club, Harlan drops his bombshell: He is doing what James Cameron did not -- he is rebuilding the Titanic, and sailing the ship on the hundredth anniversary to honor those who died, including his great-grandfather, John Jacob Astor IV. Only Trevor is intrigued by Harlan's audacity. Touched by his friend's interest and concern, Harlan invites him on the maiden voyage to serve as the official chronicler.

On April 10, 2012, Trevor journeys to Southampton and, along with the hundreds of handpicked passengers, boards the Titanic. He is awed by the immensity of the ship and the feelings that well up in him. His friend has made his grand dream a reality.

During the journey, armed with his iPod Touch and a miniature wireless camera hidden in his glasses, Trevor interviews both passengers and crew, eager to learn the reasons why they chose to sail on the reborn ship.

Nearly every one of them claims to have been profoundly affected by Cameron's film, wanting to recapture the magic for themselves. And some of them are dying -- their last wish to be on the maiden voyage of the new Titanic.

Trevor is touched that his friend has allowed these people to come aboard, and is unprepared when he meets Madeleine Regehr, a beautiful, free-spirited woman who resists his entreaties to be interviewed, intriguing Trevor all the more. Slowly, and inexorably, Maddy draws him out of his shell, allowing him to love deeply and completely, for the very first time in his life.

But Trevor soon discovers a darker purpose for the voyage, a purpose that threatens to destroy him and the woman he loves. In a race against time that pits friend against friend, Trevor must stop the unstoppable or risk a horrific replay of history...

My Review:
This book wasn't a true mystery, but a romance, and a story-telling mysterious novel. And a very sad one, what with it being the Titanic, and all the lives that were lost, on top of what the characters stories were that he interviewed.

Told in alternating parts of after being on the Titanic and telling it to his old college friends, to the journey that led him to be on it, to being on it, and the stories that he collected from the other passengers, they all have 1 thing in common, excluding Trevor.

It was supposed to be a journey of new hope and redemption, and it turned into something different, something more, something more heartbreaking, and sad, and it grieves Trevor to be the only survivor, and that it was orchestrated, what they did, and he loses not one of his friends, but someone that he met on the ship, who in the end, stays on, to participate in the reenactment. And that shapes Trevor to set up a foundation, and yeah.

This was a really sad book, especially on the 100th anniversary of the sinking of the Titanic, and with all the things on TV (Like I just watched a thing that they just found some vital pieces missing from the middle, that they weren't just destroyed, but they survived in big chunks, which shows that Titanic was a well-built ship) but it was really good, and yeah, I loved it, so you guys better read it!

DISCLAIMER
Every eBook received for review on the tours for Partners In Crime are given in exchange for an honest review. The eBooks are sole property (copyrighted) of the author and should not be sold, distributed to, or exchanged among other people not part of the tours, nor should they be listed on file sharing sites. Failure to comply with this disclaimer, will result in removal from all future tours. 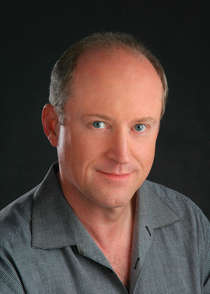 In 1990, Bill relocated to Los Angeles, and began a freelance story analysis career for various studios and independent production companies, while devoting his spare time to the writing of novels, short stories, and screenplays. He is also a highly-respected graphic designer, specializing in book and dust jacket design. He has worked on books by such luminaries as: Ray Bradbury, Richard Matheson, Dean Koontz, and Stephen King. In addition, Bill is a member of the Authors Guild.

He has won awards for his screenwriting, his two short story collections for Mid-Graders, Five-Minute Frights and Five-Minute Chillers, are perennial Halloween favorites, and his first novel, Titanic 2012 was enthusiastically received by readers. His second novel, Camp Stalag was released in 2001. Bill lives in Los Angeles with his wife, Debbie, and their sons, Jeffrey and Brian.


Contact and Buy AKA Links:
Website
Goodreads
Amazon
Barnes & Noble
Posted by Louisa @ Words I Write Crazy at 12:00 AM