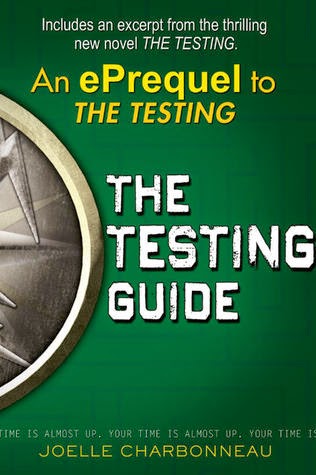 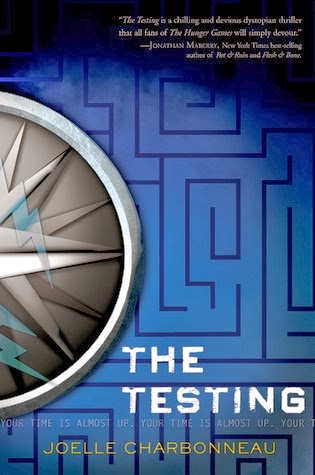 From Goodreads:
It's an honor to be chosen for The Testing. But it's not enough to pass The Testing. Cia will have to survive it.


The Testing Guide is the short story prequel to The Testing, the first novel in the stunning and epic Testing Trilogy.

From Goodreads:
Keep your friends close and your enemies closer. Isn't that what they say? But how close is too close when they may be one in the same?

The Seven Stages War left much of the planet a charred wasteland. The future belongs to the next generation's chosen few who must rebuild it. But to enter this elite group, candidates must first pass The Testing—their one chance at a college education and a rewarding career.

Cia Vale is honored to be chosen as a Testing candidate; eager to prove her worthiness as a University student and future leader of the United Commonwealth. But on the eve of her departure, her father's advice hints at a darker side to her upcoming studies--trust no one.

But surely she can trust Tomas, her handsome childhood friend who offers an alliance? Tomas, who seems to care more about her with the passing of every grueling (and deadly) day of the Testing. To survive, Cia must choose: love without truth or life without trust.

My Review:
These were just spectacular! Creepy, and very great world building, but yeah, not the best of worlds, especially what with the 7 stages of destruction that happened, 4 that humans did, and 3 environmental ones that happened because of the previous 4. Which humanity almost didn't survive, and now they're trying to rebuild the world.

I really enjoyed the short story, of her brother trying to be one of the tested, and then yeah he wasn't. And then Cia almost wasn't-but the guy that came to collect them was late. Which sucks for her, because then her dad's telling her that he has nightmares of the Testing, that the old schoolmaster had gone through, and that's why no one from their colony was being sent to be tested.

And that ending! That she doesn't remember what really happened during the testing, but then finds the recording that she made? That was just the right note to finish off the book, because yeah, there's going to be more books, and I just loved that!

Loved both the short story, and the novel, they were both so freaking good!