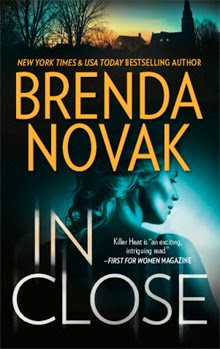 From Goodreads:
Claire O'Toole's mother, Alana, went missing fifteen years ago. That was big news in Pineview, Montana, the kind of town where nothing much ever happens. Then, last year, Claire's husband, David, died in a freak accident — after launching his own investigation into Alana's disappearance.

Is Alana dead? Or did she simply abandon her husband and daughters? Claire's determined to find out — and her former boyfriend, Isaac Morgan, wants to help. Although their relationship didn't end well, he still has feelings for her. And yet it isn't until he starts to suspect David's death wasn't an accident that he's drawn back into her life.

Together, Claire and Isaac search for answers to the questions that have haunted Pineview all this time. But as they soon discover, someone's prepared to kill so those answers won't be found. . .

My Review:
This was a pretty fantastic book! I really enjoyed seeing these characters again, and I'm glad that I read this after getting the ARC of The Heart of Christmas, or else I'd have a few more loose ends then I do now, so yeah, I'm happy!

So this book focused on 2 things-the disappearance and possible murder of her mom, Alana, and the relationship between Claire and Isaac. Becasue those are the major things going on with Claire at the moment, and the consequences of both-fighting with her family, and dealing with the loss of her husband, which may or may not have had something to do with the fact that he was investigating the case of her mom.

Claire and Isaac had a very interesting relationship. After all, when they were young, when Claire and her then boyfriend broken up, her and Isaac hooked up, and had a very intense sexual relationship. But when her ex suggested getting back together, Isaac freaked out when Claire wanted commitment from him, so Claire when back to him, and ended up marrying him. So yeah, there's that.

I felt bad for Jeremy, he's had a pretty hard time, because his mom ran off, leaving him with his dad, and he has a mental illness, to the point where some people didn't want him to drive. Oh, and he has Alana's body in a suitcase in the crawlspace. So yeah, this was a pretty sad book, in that regard.

There was a lot going on, and yeah, I absolutely loved it!