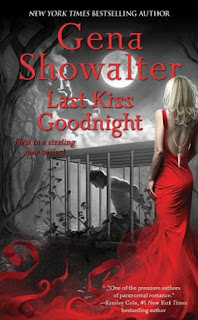 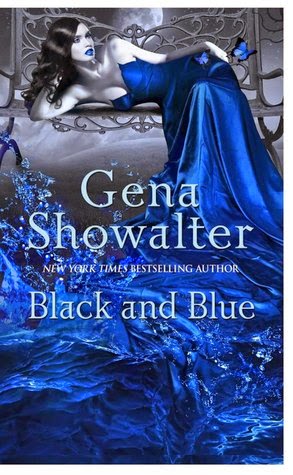 Black ops agent Solomon Judah awakens caged and bound in a twisted zoo where otherworlders are the main attraction. Vika Lukas, the owner's daughter, is tasked with Solo's care and feeding. The monster inside him yearns to kill her on sight, even though she holds the key to his escape. But the human side of him realizes the beautiful deaf girl is more than she seems—she's his.

Vika endures the captives' taunts and loathing, hoping to keep them alive even if she can't free them. Only, Solo is different—he protects her. But as hostility turns to forbidden romance, his feelings for her will be used against him…and he’ll be put to a killer test.

Corbin Blue is a man of many talents. One of the most powerful otherworlders ever born, he is wealthy, a professional football star, and a legend in the bedroom. But only a select few know he is also a black ops agent…and there is no better killer. When he and his crew are attacked and separated, he's forced to turn to his boss's daughter for help—a woman with even more secrets than Blue.

Evangaline Black has always been wary, guarded. No man has ever breeched her walls. Until Blue. He has never been denied something he wants, and now, he's decided he wants her. As he sweeps her into his double life of seduction, intrigue, and danger, he helps her see beyond the darkness of her own past. But as an enemy closes in, Blue will have to let Evie go to keep her safe—even though he'd rather die than live without her…

My first review of Last Kiss Goodnight, Black and Blue
My Review:
Oh, what wonderful, amazing, and great books! I absolutely loved rereading them, being in this world some more, and seeing these characters again! It was an absolute pleasure, even the whole situation where people are caged and treated horribly!

I loved how the girls in both these books actually wore the dresses that are on the covers, Vika was wearing her's when she was made to perform in the circus just before she broke herself and Solo out. And Evie was wearing the blue dress when she and Blue first meet at her first actually mission and yeah, that's just awesome!

We learned more about this world again, because I forgot most of this. For example, that the enzyme spray, there's a cheaper one, that Vika uses, that means that it has to be wiped away, vs. the one that was in the rest of the series, that cleaned inside and out, and clothing. Which is why I wonder why people would want to have showers with water, when they have that, enzyme showers are much easier and less time consuming!

Lots happens in these books, from Solo and Vika trading ears and eyes, until they reach a balance where they have an equal amount from the both of them combined, and more about his hidden companions, and the world and species that Solo comes from! That Evie and Blue find and defeat he who bombed the place in the first place, and oh, yeah, Vika is pregnant, and with a faster then human gestation period! So awesome!

I loved these books so much, and I really hope that John get's his book soon, because he needs some happiness!