I'd like to welcome over Katie Salidas over for a guest post today on the Pandora's Box Blitz Tour! Here's Katie!

Writing fast vs writing slow, which one is better?

What an interesting concept. Some writers can knock out a novel-length book in just a few weeks, while others take years to complete their work. Is one truly better than the other? I don’t think so. I think you have to write in your own time. If you rush the muse, you might not get the best results. On the flipside, if you take too long, your muse might get bored with you and leave. The ultimate goal as a writer is just to sit down and write something every day. Even if you don’t write very much, let’s say 500 words a day. If you commit to it and do it every single day that 80k (average novel length), would only take you 160 days to write. That’s a complete novel in less than 6 months. Not too shabby right?

Along with that, the more you write, the easier it comes. When I first wrote Immortalis Carpe Noctem, book one in the Immortalis series, it took me 5 years from start to finish. Not all of that was writing time, I spent a good year in the revision phase alone, but for arguments sake, we’ll just call it 5 years. While I was writing it, I had ideas for other stories including book two in the Immortalis series. By the time I was ready to write it, It only took me about 6 months to pen the first draft. The same thing happened when I began writing the third book in the series. I finished that one in a shorter amount of time.

Once you get into that writing habit it really takes over and it becomes less about word counts and speed and more about getting the story down on paper.

So, slow or fast, either is fine. Just be sure you are writing something every day.

Thanks for reading, and if you want to check out my work, you can find me at my website.

Becoming a vampire is easy. Living with the condition... that's the hard part.

Bleeding to death after brutal mugging, twenty-five year old Alyssa is rescued by the most unlikely hero: the handsome and aloof vampire, Lysander.

With Lysander as her guide, Alyssa will have to learn what it takes to survive in the immortal world. She'll have to find the strength to accept her new reality and carpe noctem; or give in, and submit to final death.

Becoming a vampire saved Alyssa from death, but the price was high: the loss of everything and everyone attached to her mortal life. She’s still learning to cope when a surprise confrontation with Santino Vitale, the Acta Sanctorum’s most fearsome hunter, sends her fleeing back to the world she once knew, and Fallon, the friend she’s missed more than anything.

Alyssa breaks vampire law by revealing her new, true self to her old friend, a fact which causes strong division in the group that should support her most: her clan.

After a few months as a vampire, Alyssa thought she’d learned all she needed to know about the supernatural world. But her confidence is shattered by the delivery of a mysterious package – a Pandora’s Box.

Seemingly innocuous, the box is in reality an ancient prison, generated by a magic more powerful than anyone in her clan has ever known. But what manner of evil could need such force to contain it?

When the box is opened, the sinister creature within is released, and only supernatural blood will satiate its thirst. The clan soon learns how it feels when the hunter becomes the hunted.

Powerless against the ancient evil, the clan flees Las Vegas for Boston, with only a slim hope for salvation. Could Lysander’s old journals hold the key? And what if they don’t?

And how welcome will they be in a city run by a whole different kind of supernatural being?

From Goodreads:
After a few months as a vampire, Alyssa thought she'd learned all she needed to know about the supernatural world. But her confidence is shattered by the delivery of a mysterious package - a Pandora's Box. Seemingly innocuous, the box is in reality an ancient prison, generated by a magic more powerful than anyone in her clan has ever known. But what manner of evil could need such force to contain it? When the box is opened, the sinister creature within is released, and only supernatural blood will satiate its thirst. The clan soon learns how it feels when the hunter becomes the hunted. Powerless against the ancient evil, the clan flees Las Vegas for Boston, with only a slim hope for salvation. Could Lysander's old journals hold the key? And what if they don't? And how welcome will they be in a city run by a whole different kind of supernatural being? Werewolves...

My Review:
I love this series! I read the first 2 books in about a total of about 4 hours, then maybe 2 more for this book. They were captivating, intriguing, and just plain old awesome! I loved Alyssa, I loved Lysander, and their relationship. I felt for the pain of them and the others of their family.

This book was a bit different from the other 2. For one, most of it takes place in Boston instead of Los Vagas. I liked that. It also had more supernatural creatures, not just mentioned, but actual people, and I really liked that.

I also loved the ending! One thing that I like about this kind of ending-it makes you remember why you love the series, and why you want to read the next book-it was just so darned good!

This was a great book, you guys really, really need to check it out!

Giveaway :
I hosting a giveaway of this book, Pandora's Box. It'll be a ebook copy, and so it's going to be International. It'll go to just for today, the 12th, for you guys to enter. So you better enter quickly!

To Enter:
In the comments, tell me something that you think you'd like about this book and your email.
For Bonus Entries, 1 each, with usernames 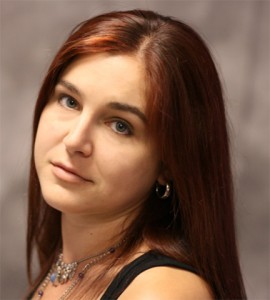 Bio:
Endowed with special powers and abilities, beyond those of mortal women, I can get the munchkin off to gymnastics, cheerleading, Girl Scouts, and swim lessons. I can put hot food on the table for dinner while assisting with homework, baths, and bedtime… And, I still find time to keep the hubby happy (nudge nudge wink wink). I can do all of this and still have time to write my novels.

Sorry… I can’t even write that with a straight face.

Here’s the reality. I’m a sleep-deprived, overworked, mom who just doesn’t know the meaning of the word balance. I try so hard to do it all, (be super mom, wife, & author) and at the end of the day I fall face forward into the couch.

Yes, you read that right, I tend to sleep on the couch. It’s a point of frustration for my hubby and a thing of comedy for my daughter. Imagine waking up to your little child yelling, “Mom slept on the couch again!!!”

Because being supermom (or trying to) means a lot of time devoted to family, writing is often done when said family is peacefully snoozing away. I can’t tell you how many times I’ve fallen asleep with my laptop, on the couch. It just happens. Then, bright and early at 7am either my hubby (on his way to work) or my daughter (getting ready for school) wakes me up.

Writing is my passion. It’s a part of me. More than just a hobby, it’s a compulsion. I have to do it. If I don’t do at least one writing related thing each day I get cranky.

Hopefully, my passion can be your entertainment!

﻿*Disclosure of Material Connection: I am a member of The Virtual Book Tour Cafe' and a copy of this book was provided to me by the author. Although payment may have been received by The Virtual Book Tour Cafe', no payment was received by me in exchange for this review nor was there an obligation to write a positive one. All opinions expressed here are entirely of my own and may not necessarily agree with those of the author, the book's publisher and publicist or the readers of this review. This disclosure is in accordance with the Federal Trade Commission's 16 CFR, Part 255, Guides Concerning the Use of Endorsements and Testimonials in Advertising.*
Posted by Louisa @ Words I Write Crazy at 12:00 AM