Week 29 Review: Warriors of the Cross 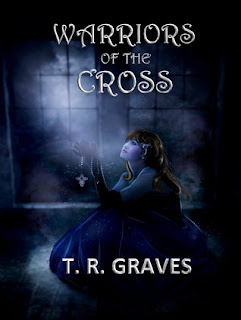 From Goodreads:
Allison La Crosse, beginning a challenging family medicine residency, leaves the protection of her family. With the transfer, her worst nightmares come true. Her closely guarded mystical talents – those which seldom appeared before the move – unleash themselves from her confinement and reveal their presence with very little provocation.

Allison’s most terrifying power is her compulsion to cure the dying with her touch. Given her career, this gift would be valuable if she were not drawn like a magnet to the ailing person's every symptom. Some of which are fatal.

At the hospital and surrounded by life-and-death emergencies, Allison’s inability to manage her impulse turns deadly. When it does, her mentor, Brody, rescues her from her own demise. His resuscitation ignites an exciting and tempestuous bond between them.


Desperate for a cure, they join forces and embark upon a journey to uncover the origins of Allison’s lethal curse. In the midst of their adventure, Allison exposes a secret pursued by many…known by few.

My Review:
This was a pretty good book. I enjoyed reading it, and it was pretty quick. The language was a bit formal, but that might just be me, I'm technically not an adult, but yeah.

Other then that, I thought that this was an original idea, and it was one that I really liked, and I liked reading about it, and it was a good, solid plot.

I liked it, so if you have any free time, you guys should check this book out!