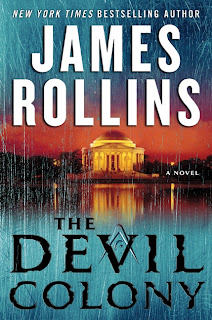 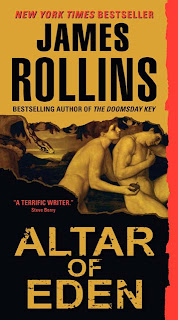 From Goodreads:
Deep in the Rocky Mountains, a gruesome discovery — hundreds of mummified bodies — stir international attention and fervent controversy. Despite doubts to the bodies’ origins, the local Native American Heritage Commission lays claim to the prehistoric remains, along with the strange artifacts found in the same cavern: gold plates inscribed with an unfathomable script.


To protect his niece and uncover the truth, Painter will ignite a war across the nation’s most powerful intelligence agencies. Yet, an even greater threat looms as events in the Rocky Mountains have set in motion a frightening chain reaction, a geological meltdown that threatens the entire western half of the U.S.


From the volcanic peaks of Iceland to the blistering deserts of the American Southwest, from the gold vaults of Fort Knox to the bubbling geysers of Yellowstone, Painter Crowe joins forces with Commander Gray Pierce to penetrate the shadowy heart of a dark cabal, one that has been manipulating American history since the founding of the thirteen colonies.

From Goodreads:
Following the fall of Baghdad, two Iraqi boys stumble upon armed men looting the city zoo. The floodgates have been opened for the smuggling of hundreds of exotic birds, mammals, and reptiles to Western nations, but this crime hides a deeper secret. Amid a hail of bullets, a concealed underground weapons lab is ransacked—and something even more horrific is set free.


Yet, something is wrong with these beasts, disturbing deformities that make no sense: a parrot with no feathers, a pair of Capuchin monkeys conjoined at the hip, a jaguar cub with the dentition of a saber-toothed tiger. They also all share one uncanny trait—a disturbingly heightened intelligence.


To uncover the truth about the origin of this strange cargo and the terrorist threat it poses, Lorna must team up with a man who shares a dark and bloody past with her and is now an agent with the U.S. Border Patrol, Jack Menard.

Together, the two must hunt for a beast that escaped the shipwreck while uncovering a mystery tied to fractal science and genetic engineering, all to expose a horrifying secret that traces back to humankind's earliest roots.
But can Lorna stop what is about to be born upon the altar of Eden before it threatens not only the world but also the very foundation of what it means to be human?

My Review:
These books, wow. I just loved them! They were just awesome!!! They had Rollin's typical blend of history, science, and jam-packed adventure, and it was just the perfect blend to make them easy, fast, and fun reads that were suspenseful to the very last word.

These books had the trademarks of Rollin's work, and the anticipation for the books to come out was intense, well, at least for me. That's why I got 2 of his books (these ones) with my birthday money. I had to read them! (And I couldn't afford Altar of Eden when it was in hardcover, but I could afford the big paperback with The Devil Colony since that's the format that I've gotten the Sigma series in since The Judas Strain) )

I loved the characters, and how they made their decisions, and how each action had a reaction, to which there was another action, and so the cycle went onwards.

I really loved how the science and the history were combined in each book, more obvious in The Devil Colony with the founding of America, and more subtle in Altar of Eden, Eden, the place where Adam and Eve lived before the snake and the apple (Which just happens to be on the cover of my copy, 3 of the 4, no snake, thank goodness, I hate snakes. Whoops, never mind, there is a snake there)

These were really good books, ones that I enjoyed reading, and ones that I hope you guys check out, James Rollins is a really great author!!!