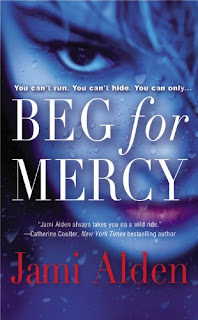 From Goodreads:
He lurks in the shadows, waiting and watching . . . And once he has you, all you can do is. . .

Seattle Detective Cole Williams had given up on making Megan see reason where her brother is concerned. But when she insinuates herself into the most shockingly brutal case Cole has ever worked, he can't stand idly by. Plunged into a secret world where the city's elite indulge their darkest desires, Cole will do whatever it takes to bring down a madman who has made Megan his most coveted prey.

My Review:
I enjoyed the mystery in this book. It was nice how everything connected, and how everything meant something somewhere. And how each character had a role to play, by helping find a new clue, or being a victim, they all had their parts to play, and they played them perfectly!

I really enjoyed the way that this book, it was built up so that there's plenty of room for a sequel, and to have this being a trilogy. There's a lot of unanswered questions, at least for the characters, and a good deal for the readers.

This was a pretty great book, one that I enjoyed reading, Megan was strong, and I loved her relationship with her brother, and with Cole. They were both great characters, who had to deal with some things before they could get together.

This was a great, so you guys should really check it out!