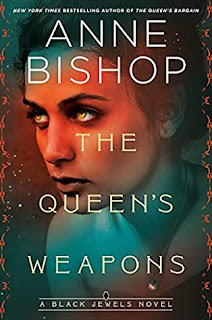 The Queen's Weapons by Anne Bishop
Expected Publication: March 9th, 2021
From Goodreads:
Enter the dark and sensual realms of the Black Jewels, a world where power always has a price, in this sweeping story in the New York Times bestselling fantasy saga.
They are Warlord Princes, men born to serve and protect. They are the Queen's Weapons, men born to destroy the Queen's enemies--no matter what face that enemy wears.
Daemonar Yaslana knows how to be bossy yet supportive--traits he shares with his father, the Demon Prince, and his uncle, the High Lord of Hell. Within his generation of the family, he assumes the role of protector, supporting his sister Titian’s artistic efforts and curbing his cousin Jaenelle Saetien’s more adventurous ideas. But when a young Eyrien Queen, someone Titian thought was a friend, inflicts an emotional wound, Daemonar's counterattack brings him under the tutelage of Witch, the Queen whose continued existence is known only to a select few.
As Daemonar is confronted by troubling changes within and around the family, he sees warnings that a taint in the Blood might be reappearing. Daemonar, along with his father and uncle, must uncover the source of a familiar evil--and Daemon Sadi, the High Lord of Hell, may be forced into making a terrible choice. 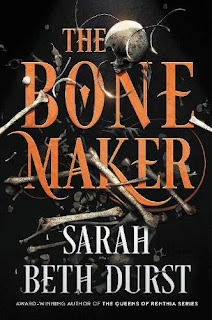 The Bone Maker by Sarah Beth Durst
Expected Publication: March 9th, 2021
From Goodreads:
From award-winning author Sarah Beth Durst, a standalone epic fantasy set in a brand-new world of towering mountains and sparkling cities, in which a band of aging warriors have a second chance to defeat dark magic and avenge a haunting loss.
Twenty-five years ago, five heroes risked their lives to defeat the bone maker Eklor—a corrupt magician who created an inhuman army using animal bones. But victory came at a tragic price. Only four of the heroes survived.
Since then, Kreya, the group’s leader, has exiled herself to a remote tower and devoted herself to one purpose: resurrecting her dead husband. But such a task requires both a cache of human bones and a sacrifice—for each day he lives, she will live one less.
She’d rather live one year with her husband than a hundred without him, but using human bones for magic is illegal in Vos. The dead are burned—as are any bone workers who violate the law. Yet Kreya knows where she can find the bones she needs: the battlefield where her husband and countless others lost their lives.
But defying the laws of the land exposes a terrible possibility. Maybe the dead don’t rest in peace after all.
Five warriors—one broken, one gone soft, one pursuing a simple life, one stuck in the past, and one who should be dead. Their story should have been finished. But evil doesn’t stop just because someone once said, “the end.” 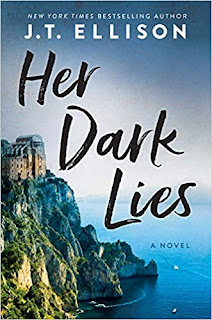 Her Dark Lies by J.T. Ellison
Expected Publication: March 9th, 2021
From Goodreads:
Fast-paced and brilliantly unpredictable, J.T. Ellison’s breathtaking new novel invites you to a wedding none will forget—and some won’t survive.
Jutting from sparkling turquoise waters off the Italian coast, Isle Isola is an idyllic setting for a wedding. In the majestic cliff-top villa owned by the wealthy Compton family, up-and-coming artist Claire Hunter will marry handsome, charming Jack Compton, surrounded by close family, intimate friends…and a host of dark secrets.
From the moment Claire sets foot on the island, something seems amiss. Skeletal remains have just been found. There are other, newer disturbances, too. Menacing texts. A ruined wedding dress. And one troubling shadow hanging over Claire’s otherwise blissful relationship—the strange mystery surrounding Jack’s first wife.
Then a raging storm descends, the power goes out—and the real terror begins… 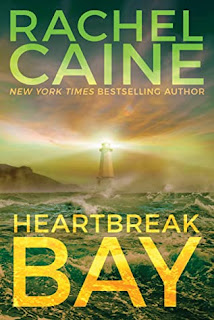 Heartbreak Bay by Rachel Caine
Expected Publication: March 9th, 2021
From Goodreads:
They’re hunting a killer so silent, so invisible, that his unspeakable crimes are the only proof he exists.
A car submerged in a remote pond. The bodies of two girls strapped into their seats. The mystery of their mother, vanished without a trace, leads Gwen Proctor and Kezia Claremont into dangerous territory.
On the surface, Gwen’s life is good—two children approaching adulthood, a committed partner, and a harrowing past dead and gone. But that past is attracting the attention of someone invisible…and unstoppable. Trouble’s just beginning. So is the body count in this backwoods Tennessee town.
As threats mount and Gwen’s hunted by an enemy who pulls all the strings, Kezia has her back. But working to solve these vicious and unreasonable crimes will expose them both to a killer they can’t for the life of them see coming. 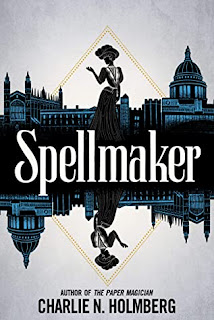 Spellmaker by Charlie N. Holmberg
Expected Publication: March 9th, 2021
From Goodreads:
Dead wizards, stolen enchantments, and broken promises force a young spellbreaker out of the shadows in the next thrilling installment of the Spellbreaker series by the Wall Street Journal bestselling author of The Paper Magician.
England, 1895. An unsolved series of magician murders and opus thefts isn’t a puzzle to Elsie Camden. But to reveal a master spellcaster as the culprit means incriminating herself as an unregistered spellbreaker. When Elsie refuses to join forces with the charming assassin, her secret is exposed, she’s thrown in jail, and the murderer disappears. But Elsie’s hope hasn’t vanished.
Through a twist of luck, the elite magic user Bacchus Kelsey helps Elsie join the lawful, but with a caveat: they must marry to prove their cover story. Forced beneath a magical tutor while her bond with Bacchus grows, Elsie seeks to thwart the plans of England’s most devious criminal—if she can find them.
With hundreds of stolen spells at their disposal, the villain has a plan—and it involves seducing Elsie to the dark side. But even now that her secret is out, Elsie must be careful how she uses the new abilities she’s discovering, or she may play right into the criminal’s hands. 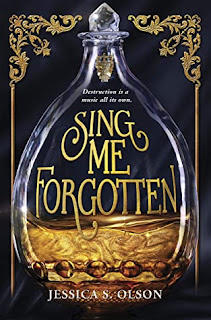 Sing Me Forgotten by Jessica S. Olson
Expected Publication: March 9th, 2021
From Goodreads:
Isda does not exist. At least not beyond the opulent walls of the opera house.
Cast into a well at birth for being one of the magical few who can manipulate memories when people sing, she was saved by Cyril, the opera house’s owner. Since that day, he has given her sanctuary from the murderous world outside. All he asks in return is that she use her power to keep ticket sales high—and that she stay out of sight. For if anyone discovers she survived, Isda and Cyril would pay with their lives.
But Isda breaks Cyril’s cardinal rule when she meets Emeric Rodin, a charming boy who throws her quiet, solitary life out of balance. His voice is unlike any she’s ever heard, but the real shock comes when she finds in his memories hints of a way to finally break free of her gilded prison.
Haunted by this possibility, Isda spends more and more time with Emeric, searching for answers in his music and his past. But the price of freedom is steeper than Isda could ever know. For even as she struggles with her growing feelings for Emeric, she learns that in order to take charge of her own destiny, she must become the monster the world tried to drown in the first place. 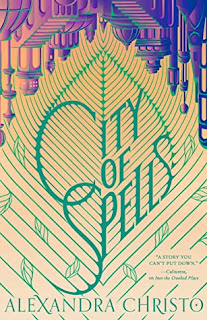 City of Spells by Alexandra Christo
Expected Publication: March 9th, 2021
From Goodreads:
City of Spells, the follow-up to Alexandra Christo's gritty YA fantasy, Into the Crooked Place, finds the world on the brink of war and four unlikely allies facing sacrifices they had never imagined.
After the loss of Wesley and the horrifying reveal that Zekia is helping the Kingpin of her own free will, Tavia, Saxony, and Karam flee to Saxony's home to rebuild their rebellion. Meanwhile, trapped in the Kingpin's darkness, Wesley must fight against the deadly magic that invades his mind and find a way back to his friends before it's too late.
As the Kingpin's dark magic spreads and his army conquers Creije, these four unlikely friends have to decide just how far they’ll go―and how much they are willing to sacrifice―to win.
Yeah, some more wonderful books coming out on the 9th! I've been lucky to read about half of these, and I just want them to be out in the world and get the love they deserve! What about you guys? Happy reading!
Posted by Louisa @ Words I Write Crazy at 6:00 AM