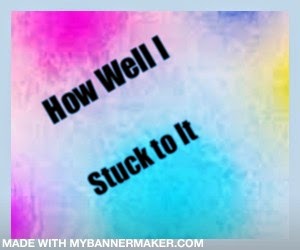 This week is unbalanced, but towards ARCs, so I'm fine with that, and I can't wait to read these books!

Week 8:
Kingdom of Shadow and Light by Karen Marie Moning, The Promised Queen by Jeffe Kennedy
vs.

The Promised Queen by Jeffe Kennedy, Firstborn by Brandon Sanderson, Part of Your World by Liz Brazwell, Of Beast and Beauty by Stacey Jay, Lore by Alexandra Lore, City of Lost Souls by Cassandra Clare, In Command by Aileen Erin, The Initial Insult by Mindy McGinnis, Sabriel by Garth Nix
I only read one of what I wanted, but Kingdom of Shadow and Light didn't have another reason for me to read it, and I had other books that had more pressing reasons as to why I had to read them (Book Battle ending, ARC's publication dates, and new books in the series coming out.) But not to fear, because Kingdom of Shadow and Light is now on my Wheel of TBR Books, so I'll be reading it sometime in March. Yeah! Plus I read a whole bunch more, so it works out in the end! What about you guys? Happy reading!
Posted by Louisa @ Words I Write Crazy at 6:00 AM