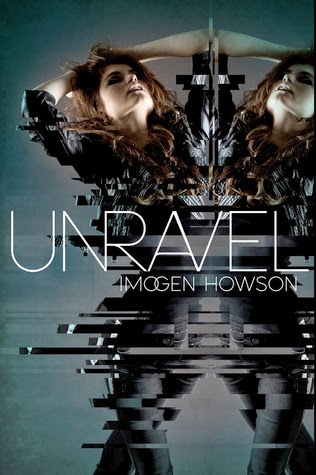 From Goodreads:
Untold dangers await telepathic twins in this sequel to the futuristic, romantic thriller called classic sci-fi, space-travel adventure at its best. After Elissa and Lin exposed the government's secret experiments in Linked, which Booklist called a roller-coaster ride into space that just about everyone should enjoy, their home planet Sekoia is thrown into chaos. Determined to do their part to help the planet they've hurt, they return to Sekoia only to discover that things are far worse that they imagined. Resources are suddenly scarce, people are scared, and there's a rising current of anger against the Spares. When Lissa and Lin find themselves among another group of Spares and twins, they feel like they've found their kindred spirits at last. But a threat none of them could have expected is lying in wait for Sekoia's Spares.

My Review:
This was a fantastic book! I loved being in this world again, and how Lissa and Lin come back to their home planet, to help, but then yeah, things don't go as planed, and their society is crumbling faster then thought possible, because the ordinary citizen, the one that usually wouldn't be a criminal, is becoming one. Which sucks for the Spares!

This book deepens the universes, because we got to meet some other Spares, and their twins, and learn more about the bonds, and yeah, one of the Spares was actually on a ship for some time. And yeah, some bonds aren't as strong as Lin and Lissa's.

Yeah, this book also dealt with some emotional things, like how Caden's parents felt about her dating Caden, since he didn't tell them before they came back to Sekoia. And how Lissa and Lin's realtionship takes a bit of turn with a) Lin forcing the link between them to destroy a vehicle with people in it, and b) losing the ability to connect.

I really enjoyed how this book portrayed a society that was crumbling, and how things were changing, and then how it healed, and grew stronger because of it, because good should always be stronger then bad in the end. And yeah, great ending, and the possibility of a another book in this universe, even with different character!

Loved this book so much, so glad that I got an ARC of it, I just wish that I'd read it sooner, it was so good!