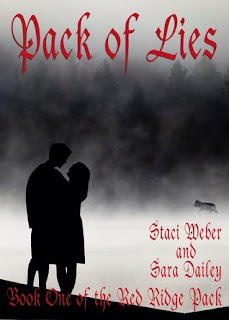 From Goodreads:
The last thing Allison Wright ever expected when she moved to Red Ridge, New Mexico was to come muzzle to muzzle with the wolf of her dreams.

Seventeen-year-old Allison Wright is convinced she’s losing her mind. Uncontrollable mood swings, hot flashes, and the urge to punch anyone who gets in her way are suddenly becoming everyday occurrences. Before her erratic behavior gets out of hand, Allison’s mother finally comes clean about her dark secret. Mom is a werewolf, and soon Allison and her brother Aiden will suffer the same fate. When Allison reaches her breaking point, the family leaves their life in Texas to move to Red Ridge, New Mexico where they rejoin the pack that Allison's mother left behind almost 20 years ago.

Unfortunately, not everyone in Red Ridge is thrilled about Allison’s arrival, especially when she attracts the attention of the very handsome, very taken, soon-to-be alpha, Cade Walker. Little does Allison know, her mere presence is causing a rift in a once unified pack. Not only has Cade been forbidden from being with Allison by his father, the pack's alpha, Cade's girlfriend, Kendall Stuart, will stop at nothing to get Allison out of the picture. Well on her way to becoming the next alpha's mate, Kendall expects to rule the pack by Cade's side even if it means teaming up with a rogue werewolf with an agenda of his own. Determined to get rid of Allison permanently, when Kendall and the rogue join forces, all hell breaks loose and no one in the pack is safe, especially not Cade and his true mate.

My Review:
Oh, this was a great book! Really enjoyed it, had great action, and on ties to people who really matter, and friendship, and love, but not insta-love, but insta-attraction that grows into love fairly quickly, but because of that attraction, it wasn't there right away, that was the best!

Caring for Allison and Cade was really easy, they had their lives, Allison's getting harder from the start of school to the move, to being attracted to Cade, but Cade being promised to Kendall, well, that complicates things, and it's a delisous complication to read about, besides the whole "play nice and then totally abandon" plot that Kendall and her friends carry out.

One thing that I'm wondering on for the next book, is Aiden, I mean, what we find out about him, well, it raises the question of why hasn't he shifted yet, to protect himself, and that Allison shifted before him, which is rare, I'm thinking. So an explanation into that, that'd be wonderful for the next book!

This was an excellent book, so you guys just have to check it out! 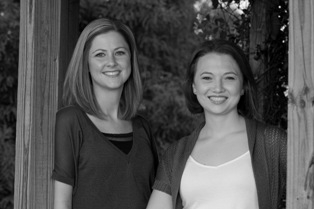 Bios:
Born and raised in Houston, TX, Staci Weber is one half of the writing duo responsible for the YA paranormal romance novel, SINFUL. A graduate of the University of North Texas, Staci is a junior high English teacher with an addiction to reading romance novels. She considers herself incredibly lucky to have a close family, some good friends, a fabulous husband, and two beautiful little girls.

Sara Dailey co-authored the YA Paranormal Romance novel, SINFUL, with her good friend and co-worker Staci Weber. She has a degree in literature from U of H Clear Lake and is a graduate of The Institute of Children’s Literature. Sara is a native Texan and lives with her wonderful husband and son in League City, TX where she is a middle school English teacher.


Stops on the Tour:
Reader Girls