Week 25 Review: All These Lives 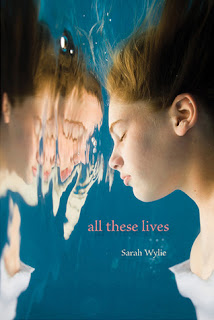 From Goodreads:
Sixteen-year-old Dani is convinced she has nine lives. As a child she twice walked away from situations where she should have died. But Dani's twin, Jena, isn't so lucky. She has cancer and might not even be able to keep her one life. Dani's father is in denial. Her mother is trying to hold it together and prove everything's normal.  And Jena is wasting away.

To cope, Dani sets out to rid herself of all her extra lives.  Maybe they'll be released into the universe and someone who wants to live more than she does will get one.  Someone like Jena. But just when Dani finds herself at the breaking point, she's faced with a startling realization.

Maybe she doesn't have nine lives after all.  Maybe she really only ever had one.

My Review:
I'm so glad to have read this book! And so lucky to have gotten it early, though I didn't get around to reading it until after it was published. Oh, well, the quality of the book didn't depend on when I read it! Otherwise, I don't know if I could've read a book that good!

The idea that Dani had 9 lives, came from two things, for me. One, the two situations where she should've died, and didn't. Two, her mom saying that she had 9 lives because of those instances. That's what really gave Dani the idea. And then the one to divest herself of all the others besides the one she needs to live. As you can guess, it didn't go so well!

I really enjoyed the family dynamics, the sick daughter that's fighting to stay alive, the mom that wants to hold everything together, the dad that wants it too, but doesn't know how, and Dani, who just wants, well, everything to be like it was before her sister got sick.

This was a pretty emotional book. I don't do feelings, but there were some pretty emotional scenes. And yeah, with that ending, well, things just came together very well in the end! That was pretty great and I enjoyed it!

Really glad to have read this book, it was just really awesome!