Why Don't You Just Kill Her?: Review 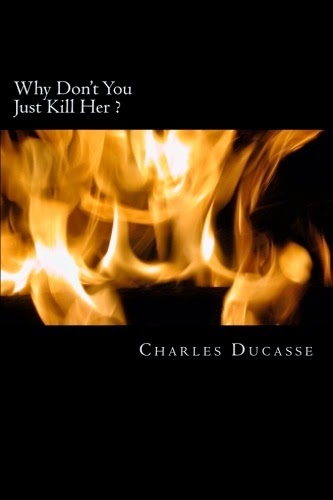 Description:
A woman (?) chases down a balloon and ties it down to a sign extolling the virtues of the story's main villain. She passes the scene of a victim of crime, continuing to observe as one the hero's past girlfriends makes a play for the hero (in front of the hero's current significant others).


He reacts with indifference to his ex's actions, just as he tries to ignore a later spat between his current girlfriends. We start to wonder if anything can awake this man's callousness when the victim of the first crime bursts in on him and slams down an article stolen from the hero by his ex. His two girlfriends finally pull guns from under the table and take up defensive positions (at least somebody’s pulling for our hero !)

But what does our hero do? He grabs his retrieved property and drives off the villain and her henchwoman. He decides to intercede on behalf of the victim. (Why doesn't he just kill the villain ?)

In an act of personal courage, the newly–empowered victim stuns and trips the charismatic boss villain in front of her mesmerized followers. Meanwhile, the hero dispatches his ex (driving a Blood Flag – bearing bulldozer) with carefully prepared defenses. The boss villain is suddenly seen as a double failure, despite her hype. In the turning point of the novel, the crowd turns against the boss villain. Was this part of the hero's plan to save the victim from his self–destructive tendencies?

The novel concludes with the band of friends enjoying supper at the theme park's restaurant. One of them wonders about the origins of what they're eating. (Think about the nature of all the characters in the novel. It’s grimly funny.) Finally, the victim asks the hero why didn't he just kill the villain? The hero passes the article stolen from him to the victim with the words  "Pass it on." Finally, we have the answer. The price of the victim's Liberty was the showdown with the boss villain. Without that confrontation, the victim would carry his victimhood with him forever. Now, the former victim has the chance to be a hero to some other victim later on, breaking the cycle of victimhood and starting a new, better cycle.

My Review:
Ok, the synopsis above, it's basically a summary of what happen in this book, though it's not really a book, book, like what I normally read. It's a graphic short story. Which is why the above is the whole story, minus a few things!

Yeah, it was just weird, and yeah, I was glad that it was short because things just didn't make too much sense. If I was going on just the above synopsis, I would've been completely confused. But I had the pictures too, which identified some of the characters. Because they don't have names in the above, they have titles like hero, villain, and victim!

This was pretty good! It just wasn't my cup of tea, which is why this review is so short. But it'll be others, so I hope they find it! 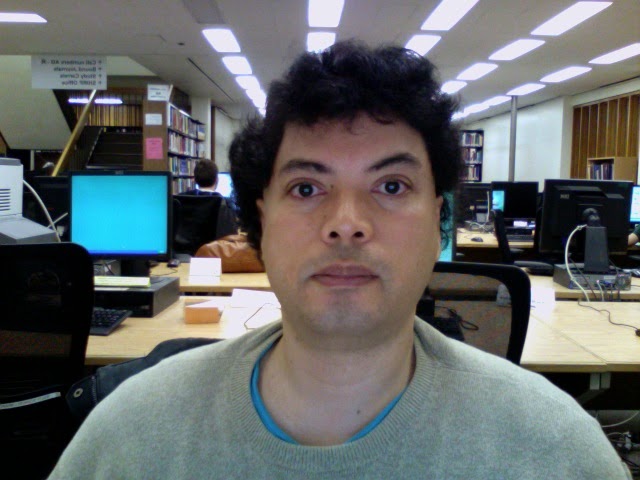 Bio:
Charles Ducasse is a third - year Microbiology student at the University of Saskatchewan. He holds his Microsoft Certified Systems Engineer accreditation (2002). His interests include parkour, popping, dubstep, drama, and DIY Bio. 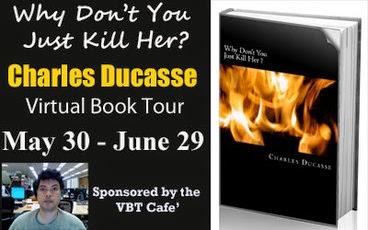