So this week I want to read Call of Vultures, Red Wolf. 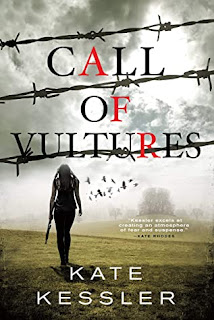 In this suspenseful and twisted thriller, an ex-con uses her unique skill set to fight for the justice of those who can't defend themselves. Kate Kessler's novels are "impossible to put down" (Hollie Overton).
Killian Delaney has a skewed moral compass, a high threshold for pain, an unstoppable will, and she's just joined the Network: a group of well-funded individuals who help the weakest among us.
Two sisters have gone missing, and Killian has been hired to track them down.
The plan is straightforward: follow the trail, find the girls, and kill whoever stands in her way.
They're living in a commune in upstate New York, one that looks a lot like a cult. And while one sister wants out, the other adamantly refuses.
Breaking them free will push every skill in Killian's arsenal to its limit. But she's determined to get them home. 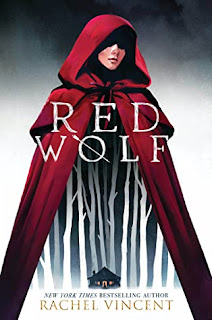 This high stakes, pacey reimagining of Little Red Riding Hood is perfect for fans of Stephanie Garber and Megan Spooner.
For as long as sixteen-year-old Adele can remember the village of Oakvale has been surrounding by the dark woods—a forest filled with terrible monsters that light cannot penetrate. Like every person who grows up in Oakvale she has been told to steer clear of the woods unless absolutely necessary.
But unlike her neighbors in Oakvale, Adele has a very good reason for going into the woods. Adele is one of a long line of guardians, women who are able to change into wolves and who are tasked with the job of protecting their village while never letting any of the villagers know of their existence.
But when following her calling means abandoning the person she loves, the future she imagined for herself, and her values she must decide how far she is willing to go to keep her neighbors safe.
Posted by Louisa @ Words I Write Crazy at 4:00 AM