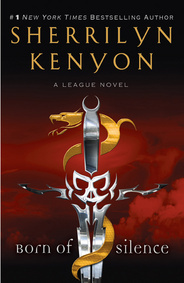 From Goodreads:
Death Stalks Them All... Kere is the second most infamous member of the shadow organization known as Sentella. An explosive engineer who strikes terror into the hearts of the League, the bounty on his head is truly staggering. No one knows his true identity. The daughter of a traitor, Zarya Starska grew up hard on the back streets of hell- her family hunted to the brink of extinction. But Zarya dreams of a different life and a different world. A world where the harsh hand of the Caronese emperor doesn’t destroy his subjects. As a Resistance leader, her goal is to topple the government that needlessly ruined the lives of her family and comrades-in-arms. In this deadly quest, the only person she can trust is a mysterious man known only as Kere. By The Light Of Day... Kere has a dark secret and a brutal past. As he aids the Resistance, he’s actually working to bring down his own family- the Cruels- so named for the viciousness in their blood that runs so deep, no other name would do. Born and bred from one of the oldest and noblest families in the United Systems, Kere’s real name is Darling Cruel. And the one thing he wants most is to see his uncle, who stole the crown by murdering his father, pay for his crimes. If You Tell A Lie Long Enough, It Becomes The Truth... In order to protect his mother from execution, Darling’s entire life has been built on a lie that he dare not breathe a contrary word about. His hands tied by his uncle’s cruelty. No one has ever seen the real him. No one except Zarya. She’s the only person he’s ever fully trusted with the truth. But when she betrays him by allowing a weapon he designed solely for her to be used against him, all bets are off. The Hero Is Now The Monster... Betrayed to the deepest level, Darling becomes an enemy even worse than his uncle. His goal is not only to reign, but to kill every Resistance member he can find. He won’t rest until all of them are dead and that includes Zarya. The Twisted Hand Of Fate... Zarya is the only hope to reach the heart of the man her people once considered their ally. A man who hates her with a fury so great that she knows it’s just a matter of time before he kills her. But if she can find the part of him that once trusted her, the part of him that once loved her, she might be able to save not only her own life, but those of her people. It’s an impossible mission. Too bad she doesn’t play the odds.

My Review:
This was such an epic read! All Sherrilyn Kenyon novels that I've read, they have tortured characters, from the actions of others, their own actions, and each book, the pain is told in a new, painful way, like in this one, where Darling has the thing in his mouth, it scars in, and he has infections, and multiple new scars, and the emotional scars, ranging from having to pretend he's gay so his Mom won't be killed, protecting his family, believing that Zarya betrayed him, well, Darling is incredibly strong, and when he breaks for a while, no one should blame him. Though the mountain of bodies might have been a bit much...

But there were really funny parts, too, because more then half of the reason why Sherrilyn Kenyon books are my favourites, is that they can find humour in the worst of situations, and humour that is so snarky, and sarcastic, and burst out loud hilarious, it is just so hard to contain, either way, motivated by trying to see the characters get out of pain, or to read more of the funny parts, there's something for everyone, and the pages just flip and flip and before you know it, it's 1:50 AM and it's time to go to sleep, but you wanted to read another book but there's school, but this was a such a great book, and I want to think about it some more, and you comprise by getting ready for sleep, and drift off to thoughts about this book, mostly about how great it was, and a bit about how the next book will be, because man, the war that they started, well, it's a long time in coming, and the seeds have been planted throughout the novels,  though I'm going to have to reread the first 3, because it's been a while, and I forget some details, and I want to remember them!

Of course, the romance, there was hurts, and ups and downs, and scary parts, where they went over the deep ends, and awesome parts where she gets mad at him and throws whatever's at hand  because he had her locked in a room with no phone to call him, can't get out because her DNA wasn't plugged into the computer, and only pornographic things to look at because it's the mistress's room and such. Yeah. It was awesome, especially since he had no clue about all that!

All in all this was a fantastic book, at over 500 pages, and what a monster of a book, with painful mistakes and misunderstandings, but there is love, and we get to see the other couples again, and their broods of kids! And yeah, that's just the best, and it definitely left off on a high point, and a great start to the biggest battle in the series, I think!